Kenyans will pay Sh26.57 per unit of power this month, the highest in five years 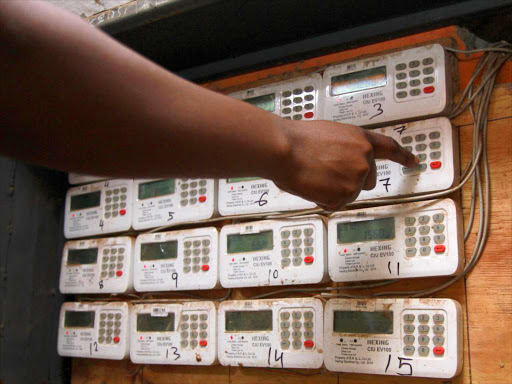 Electricity consumers in Kenya will pay Sh26.57 per unit of power this month, the highest in five years, further pushing up the cost of living.

In August, consumers paid Sh24.77 for a kilowatt (kWh) of electricity used.

The Energy and Petroleum Regulatory Authority  (EPRA) did not give reasons for the sudden increase from August in the Kenya Gazette announcement on Friday.

A look at the new electricity tariffs shows that one of the components of the power bill, the Water Resource Management Authority Levy (WRMA) has increased over 80 fold from Sh0.20 to Sh1.60.

This is likely to have been influenced by last month's deal between the government and the World Bank that raised the regulatory charges on water companies to cover rising operation and maintenance costs.

Yesterday, the shilling traded at a 10-months low against the greenback, closing the day at 110.10.

According to Guarantco, at least 90 per cent of Power Purchase Agreements (PPAs) between Kenya Power and Independent Power Producers (IPPs) are dollar-denominated.

In March, President Uhuru Kenyatta appointed a task force to review power purchase agreements (PPAs) signed between Kenya Power and all electricity generators with a goal of renegotiating the energy prices and other terms downwards.

A review of the PPAs came after it emerged that Kenya Power has signed contracts committing it to take more electricity than it can sell, leaving it to pay onerous capacity charges to energy producers even when their plants are idle.

There is also a push to negotiate power supply deals in local currency to avoid pressures that come with foreign exchange volatilities.

The recent increase in fuel prices has also added to the electricity bill burden to consumers, with the fuel cost charge which covers power generation from thermal sources such as diesel generators rising by 10 cents to Sh3.88.

Last week, the energy regulator announced Sh7.58 increase on a litre of petrol, diesel Sh7.94 and kerosene – the most affected commodity – Sh12.97.

This will be the highest cost of electricity per unit on record since the review of the schedule of tariffs by the Energy and Petroleum Regulatory Authority (EPRA) in November of 2018.

The sharp rise in electricity costs this month is expected to weigh heavily on Kenyans who are already feeling the pinch of high fuel prices that has a spiral effect on transport, commodity and service prices.

The sum effect of the increase in power and fuel is likely to push September's inflation to the government's ceiling of 7.5 per cent.

Last month, the cost of living rose to an 18-month high of 6.57 as food prices increased.

According to the Kenya National Bureau of Statistics (KNBS), the increase was mainly driven by a 10.65 per cent rise in food and non-alcoholic products,  transport 7.63 per cent, housing, water, electricity, gas and other fuel commodities of 5.07 per cent.

The Consumer Price Index (CPI) that measures the overall year-on-year inflation increased by 0.23 per cent from a revised index of 115.44 in July to 115.71 in August.

Post a comment
WATCH: The latest videos from the Star
by VICTOR AMADALA Business Writer
Kenya
21 September 2021 - 06:30
Read The E-Paper