Majority borrowers are self-employed followed by those employed in the informal sector.

•The biggest reason for borrowing according to the survey is for household use and boosting capital in business.

•68 per cent of men respondents have used multiple platform whereas women are more loyal to a single brand. 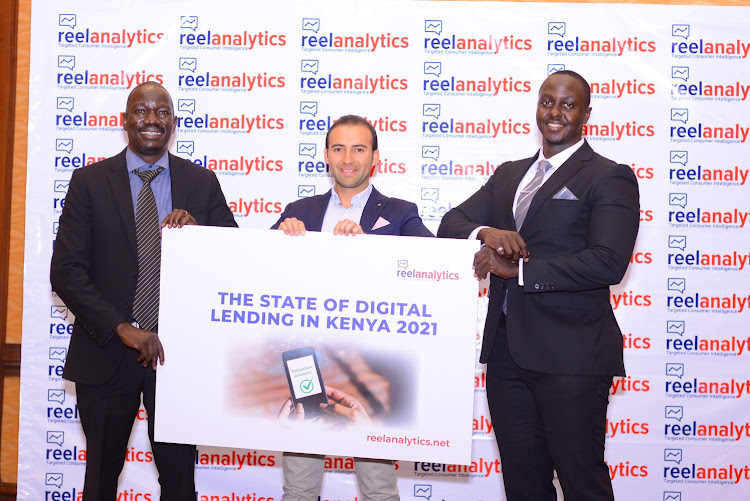 An average of six out of ten Kenyans has borrowed money from a digital lending platform with men outnumbering women, a new survey shows.

Men are also not loyal to one lender and operate up to four different apps unlike women who are loyal to a single brand. Youth between the age of 30-34 years are the biggest borrowers.

According the State of Digital Lending in Kenya by consumer intelligence firm ReelAnalytics, fifty five percent of the surveyed Kenyans say they had acquired loans from these entities.

The money mostly goes into household use mainly bills and quick solutions to buying products such as cooking gas, fuel and personal use.

Digital loans also top business growth credit sources mainly for SMEs seeking to bolster their working capital, in the wake of the Covid-19 pandemic when banks cut down on individual and households loans.

At least 1,000 people were surveyed in Nairobi, Mombasa, Nakuru, Nyeri, Meru, Eldoret, Kisumu and Embu in the study conducted between June 3 and 22 this year.

Forty-nine per cent of borrowers are self employed,  13 % employed in the informal sector, formal sector (12%) and the unemployed (did not work for the past 12 months) at 11 per cent.

M-Shwari is the most popular influenced by its connection to the leading mobile service provider Safaricom) at 40 per cent, Tala (36 per cent), Fuliza (30 per cent) Branch (23 per cent) and KCB-Mpesa at 22 per cent.

Safaricom’s overdraft facility, Fuliza was ranked as the most subscribed and most used over the last three months followed by M-Shwari.

It disbursed Sh1.2 billion daily in the six months to June this year with a total amount of Sh220.38 billion over the period.

“Majority of Kenyans prefer digital lending platforms due to their convenience and easy access of loans compared to acquisition of loans from other credit service providers such as banks, saccos among others,” says the report.

It indicates that in the absence of digital lending platforms, most Kenyans would seek business growth loans from sources such as close family members.

Borrowing within family circles is however considered less convenient as loan accessibility is usually unpredictable and amounts smaller compared to official sources like digital lenders.

Majority of those surveyed said interest rates charged by digital lenders was not a factor limiting their access to credit.

Key factors under consideration for most Kenyans were ease of access (39 per cent) and speed of disbursement (22 per cent).

“A majority (over 60per cent) of customers are satisfied with the services of digital lenders and that there really aren't strong formal or institutional alternatives to digital lenders,” says the report.

There are plans to regulate digital lending with the Central Bank of Kenya pushing for their licensing.

Digital lenders will have to comply with data protection laws or risk licenses canceled if the Central Bank (Amendment) Bill, 2021 sails through.

There is also a push for compliance to data privacy, likely to limit high cases of debt-shaming.

The National Assembly is expected to pass the proposed law in the coming weeks.
Business
5 months ago
by MARTIN MWITA Business Writer
Kenya
01 September 2021 - 18:00