Interior CAS says hitch due to delay in the delivery of raw material.

•The delay is attributed to the Covid-19 pandemic which has disrupted the supply chain.

•As of the first week of August, NTSA had a deficit of 3,000 number plates pending supply. 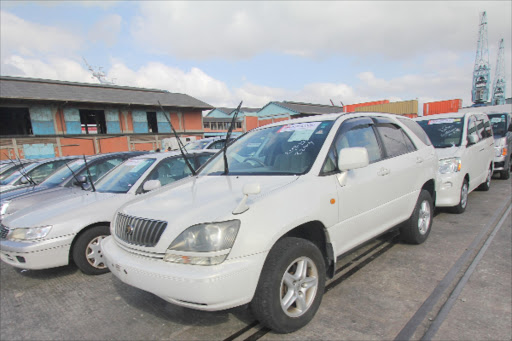 Imported second-hand cars at the Port of Mombasa
Image: /FILE

The government is working towards clearing the vehicle registration plates shortage in the country, it has said, giving a timeline of two weeks.

This, as more vessels continue to call at the Port of Mombasa bringing in cars ,which is adding pressure to registration and issuance of plates.

According to the Kenya International Freight and Warehousing Association (KIFWA), the number of used-cars being imported has increased as dealers and individual place orders early enough to beat the eight-year rule, currently for vehicles manufactured in 2014.

As of last week, there were over 8,000 used cars imported, registered and cleared at the port after paying the requisite taxes, but are yet to be issued with physical plates.

At least six more vessels are expected to dock at the port between tomorrow and September 9, bringing in 7,504 cars, KPA vessel arrival schedule indicates.

According to industry trends, imports between January and March average 3,000 to 4,000 before picking up to 9,000 in the second half of the year.

“The number of units being imported normally goes up from August towards the end of the year. If the number plate shortage is not going to be addressed soonest, we are going to have a crisis,” Kifwa National Chairman Roy Mwanthi told the Star yesterday.

He said owners have been forced to park their vehicles awaiting the number plates despite spending millions in purchases, importation and taxes to the government.

“It is very unfair,” Mwanthi said.

The National Transport and Safety Authority (NTSA) has acknowledged the hitch citing a short supply of number plates and logbooks by the State Department of Correctional Services (prisons) and the government printer, respectively.

As of the first week of August, the authority was allocating number plates registration series KDD-P against the last series supplied of KDD-L, it said, thus translating to a deficit of 3,000 number plates pending supply.

It wrote to the Kenya Revenue Authority to authorize the release of vehicles that have been duly registered and the e-sticker affixed on their windscreen, pending issuance of physical plates and logbooks.

“In the meantime, we are working closely with our suppliers to address the challenges,” NTSA director-general George Njao says in a letter to KRA commissioner-general Githii Mburu.

Challenges facing production also include the third plate sticker(e-sticker), which is among other standards recently introduced to enhance.

Interior Chief Administrative Secretary (CAS) Hussein Dado has however assured that the backlog will be cleared in two weeks.

The CAS who appeared before the National Assembly Departmental Committee on Administration and National Security explained that the backlog was caused by a delay in the delivery of raw material, attributed to the Covid-19 pandemic disrupting the supply chain.

Meanwhile, Kifwa has called on NTSA to write to the Inspector-General of police Hillary Mutyambai and ask him to allow owners of duly registered vehicles move freely.

Mwanthi cited harassment by the police when such vehicles are seen on the roads.

Kenya imports used cars mainly from Japan(80 per cent) with other markets being UK,UAE, Singapore and South Africa.

On average, yards in Mombasa charge Sh2, 000 per unit per day inclusive of VAT.
Business
1 month ago