Dominance of Joho family firm under scrutiny as stakeholders protest

•The firm was first given exclusive operational rights of the Nairobi Inland Cargo Terminal by the Kenya Railways Corporation. 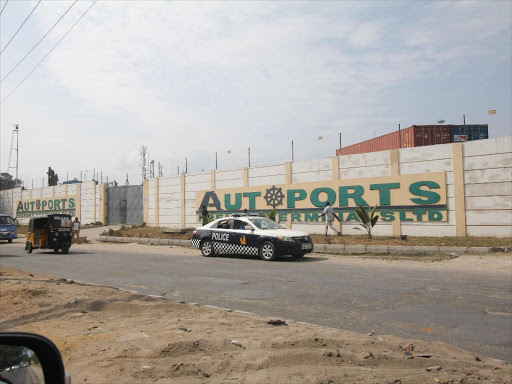 The dominance of Autoport Freight Terminals Limited, a firm associated with the family of Mombasa Governor Hassan Joho has come under scrutiny amid protests of political favouritism.

Autoport has in recent weeks bagged two but controversial multi-billion contracts. The firm was first given exclusive operational rights of the Nairobi Inland Cargo Terminal by the Kenya Railways Corporation.

At the same time, the firm was awarded a licence by Kenya Ports Authority to develop a second grain bulk handling facility at the Mombasa port. The second deal has since been suspended by the High Court.

Mombasa business community have protested the government’s move to give exclusive operational rights to the logistic firm at the expense of the rest.

Speaking exclusively to the Star Newspaper, key business association in the region termed the move by the KRC to grant Autoport Freight Terminals Limited absolute rights to handle all cargo at the terminal as "undemocratic and politically instigated favourism."

Kenya International Freight and Warehousing Association (Kifwa) chairperson, Roy Mwanthi, said the deal is unfair to other players in the market, and is bound to cause losses to traders who some have long-term transportation contracts with other logistics firms.

"We have always advocated for equality in trade facilitation amongst all our members. We look forward to seeing KPA extend the same treatment to the others," Nzeki said.

Autoport is associated with the Joho family and was at one time a target of the government over alleged tax evasion. The man behind the firm is the governor's elder brother, Abu Joho.

Abu is not easily identifiable in public. However, he was at one time accused by ex-Nyali MP Hezron Awiti to be the man running the county of Mombasa.

Yesterday, Abubakar Joho dismissed the claims by the business community as "malicious", saying none of the family owned CFS had won a tender, but an opportunity to clear clients' goods just like the other 18 CFSs.

"That was not a tender to be won. I encourage other players in the market to focus on serving clients and not hearsay. Clients choose which CFS to handle their goods. It is not a duty of KPA or any state agency to select for them,''Abu Joho said.

A notice by the Kenya Ports Authority (KPA) dated August 17 indicates that the company will start handling all containerised and conventional cargo from the terminal starting October this year.

The railway agency has since requested the Kenya Ports Authority to ask cargo importers for both container and conventional cargo to nominate their consignments from the load port to KR Nairobi Freight Terminal (NFT).

Importers will now be forced to endorse in the Bill of Lading 'Cargo in transit to NFT c/o. Autoports Freight Terminal-Nairobi to have their cargo ferried to Nairobi.

According to KPA, this will see more importers use the Standard Gauge Railways, a notion dispelled by other CFSs.

As part of the deal, Autoport Freight Terminals will enjoy an 80 per cent discount from Kenya Railways in transporting cargo for 10 years, this after it promised to transport 1.6 million tonnes (or 24,615 wagons) every year.

This means that the clearing and forwarding firm will pay Sh1.1 billion to transport the 24,615 wagons instead of Sh5.28 billion, meaning a discount of Sh4.17 billion annually for 10 years.

The business community now want investigative, procurement and competition agencies to look into the matter, saying that this is not the first time the company has been favoured by state agencies.

“AFT will become a monopoly at the NFT come October having also acquired the lease of 26 acres out of the total 36 acres at the NFT for a period of 45 years. What was the merit in selecting the firm, who else applied for the tender? These questions must be answered to ensure fairness,’’ a vocal member of the Fast Action Business Community, who asked for anonymity due to sensitivity of the matter said.

An official of a vocal Mombasa based civil right group which played pivotal role in planning protests against government’s directive to force all importers use SGR to ferry goods arriving at the Port of Mombasa termed the offer to AFT as "clandestine and biased."

"The establishment of private CFSs at the beginning of the last decade to ease congestion at the Port of Mombasa was a noble idea. Even so, there are some politically correct firms that have almost monopolized the opportunity. This must be addressed urgently,’’ he said.

He revealed that the family linked to a certain governor in the region own huge parcels of land around the port, hence commanding a huge percentage of the 20 CFSs operating at the facility.

He asked the government to come clean on the matter, wondering how a company that was once accused of tax evasion and even license cancelled had become clean overnight and handed the lucrative deal by the very accusers.

“What changed so fast? It is in the public domain that KRA accused AFT and sister company, Portside Freight Terminals. of tax related crimes and even stopped the two firms from operating. Who is fooling who or was it just idle political games,’’ he posed.

He read political influence in the land lease deal, saying it was arrived at in December 2018, months after the political truce between President Uhuru Kenyatta and opposition chief Raila Odinga after the acrimonious 2017 general elections.

Judge Reuben Nyakundi issued the directive following an application by activist Okiya Omtatah who claimed the KPA board of directors, without any authority, reviewed and approved the grant of licence.

“It is evidently clear that KPA and the National Treasury have employed the use of specially permitted procurement procedure (SPPP) to avoid the competition of bidder and is being applied in favour of Portside,” he said.

The High Court suspended the award of a licence last week.
Business
3 weeks ago
by THE STAR REPORTER
Kenya
30 August 2021 - 04:00