At single digits, KMRC-backed loans are cheaper than the prevailing market rates of about 12% 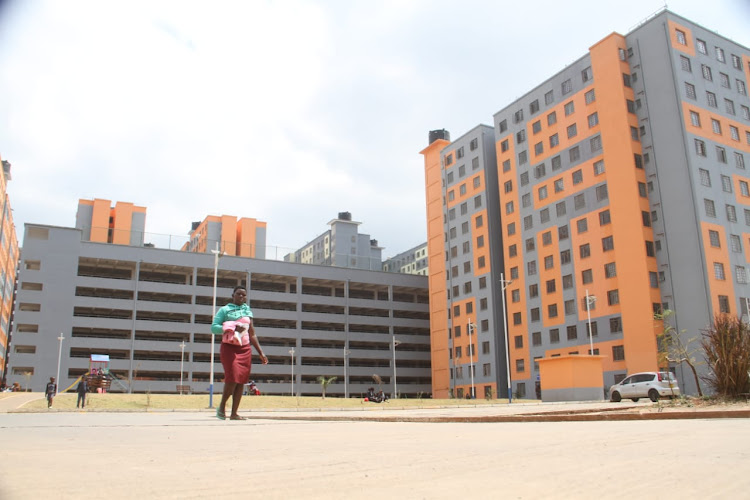 Primary school teacher William Malalo dreams of becoming the first in his family to own a home.

The 45-year-old father of three was born and raised in Kawangware, a sprawling, low-income city estate. He has rented small and often badly built and poorly serviced accommodation in the same neighborhood his entire life, paying too much for too little.

“It is painful to pay rent all these years, yet the house can never be yours,” he says, his voice cracking.

The part-time pastor is among the 90 percent of households in Nairobi who rent. And he is now pinning his dreams of home ownership on the Park Road project, a series of apartment blocks being built under Kenyan government’s affordable housing programme.

Malalo has tucked away enough savings to meet the 12.5 percent minimum contribution needed to qualify for a three-bedroom apartment that costs Sh4 million, a place he is eager to call home.

He is hardly alone in his dream, however.

More than 300,000 Kenyans have already signed up on the government’s online portal to buy one of only 1,370 Park Road units.

At the site in Ngara, about 3km north of Nairobi, the rumble of equipment and loaded trucks rents the air as construction of a few remaining blocks enters homestretch.

Priority will be given to those who were living in the 48 derelict homes on the site demolished to make way for the project.

“I’ve told all my neighbors I’ll soon be relocating to my own house, which has an American-style kitchen and an en suite bathroom,” he quips.

The feverish demand for the Park Road apartments highlights the scale of Kenya’s affordable housing crunch, estimated at two million units, with the deficit growing by 150,000 units annually, according to a World Bank Group study.

For Malalo and millions of others like him, high prices and expensive loans have long kept the dream of home ownership out of reach. Developers tend to favour projects that target the upper-end of the market even as millions of low-income families flock from rural areas to cities seeking work.

The housing crunch is not unique to Kenya. Neighboring Uganda suffers a deficit of 2.1 million housing units, with the gap growing by 200,000 units a year, according to the country’s bureau of statistics. In Tanzania, housing shortage is about three million units.

In Kenya, the government has made affordable housing part of its Big 4 development agenda, alongside enhancing manufacturing, improving food security, and achieving universal health coverage.

What is ‘affordable’ is open to debate. Usually assumed to be no more than 30 percent of monthly income, home affordability essentially comes down to household income, the price of the house, and finance repayment terms (interest rate and tenor).

Where to begin addressing these issues?

Kenya decided to work from the ground up, literally, by tackling the cost of land and servicing expenses, including laying basic infrastructure like power lines, water and sewerage, along with access roads.

The government holds thousands of acres of empty or underused public land across major towns. It, therefore, decided to offer these plots to private investors to build modern, affordable housing on them.

“By offering land we have taken out 30-40 percent of costs of housing development, which translates to a steep price drop for end-users,” said Hinga.

Park Road is the pilot project for this strategy. Construction kicked off early 2019 across nine acres that hosted rickety, dilapidated houses for civil servants, and is now nearing completion.

As a flagship government housing project, which is leveraging private sector’s expertise and capital, it is the blueprint for future low-cost residential units in major towns.

“We now have over 300 registered developers and investors that are taking part or moving to take part in similar projects,” Hinga said.

The Park Road apartments are about half the price of similar units in the area, according to a study by Centre for Affordable Housing Finance in Africa (CAHF). They come equipped with solar water heaters, lifts, a rooftop garden, and a shared children’s playground.

It is no wonder that Malalo and 300,000 others are so keen to get their hands on the keys.

With support from the World Bank and its private-sector investment arm International Finance Corporation (IFC), Kenyan officials sought a strategy to increase access to home loans. Short maturity terms and high interest rates have long discouraged even those on steady incomes from applying.

Its role is to channel long-term funds raised from institutional investors, development partners, and the capital market into banks and Saccos for onward lending to home buyers.

“Housing finance is critical to the functioning of the housing market. Creating sustainable and effective housing finance requires mobilising longer-term sources of funding for both rental and owner-occupied housing, which is often missing in emerging markets,” said Manuel Moses, IFC country manager for Kenya.

He noted that as a shareholder, IFC will help ensure gender and climate-related issues are at the forefront of KMRC’s interventions.

For its part, the World Bank offered advisory support in creation of KMRC, helping design a legal and regulatory framework, alongside its governance structure and policies, according to Caroline Cerruti, World Bank senior financial sector specialist.

World Bank has committed a loan of Sh25 billion in KMRC for mortgage refinancing.

Long-term funding from KMRC will in turn allow financial institutions to provide affordable home loans with long maturity and help homebuyers purchase apartments like the ones in Park Road, capped at Sh4 million.

Johnstone Oltetia, KMRC chief executive, said he expects KMRC’s mortgage accounts to more than double to 60,000 over the next four years.

“Our main goal is to standardise the mortgage market,” he said. “Interest rates will be fixed, with KMRC lending at five percent to financial institutions expected to lend at single digits to retail customers having included a mark-up to take care of their administration costs. The maximum repayment period is 20 years.”

At single digits, KMRC-backed loans are cheaper than the prevailing market rates of about 12 percent for prime customers, and much higher for the majority.

For Hinga, the recipe of free land and affordable mortgages is the right combination needed to grow Kenya’s affordable housing sector.

“We’re now seeing the market turning,” Hinga said. “We never wanted to build houses for people using taxpayer money, and so we adopted a model where we would get developers who have been developing for only three percent of the population to start developing for the other 97 percent.”

Efforts are also being made to tame the two other factors that have been fuelling high house prices—construction costs and lengthy property registration period.

According to officials, high construction costs are largely due to an outdated building code that relies on inefficient building models.

That building code has now been amended, allowing developers to leverage cheaper and faster modern technologies, while the VAT tax on construction materials has been waived.

There is also a drive to strengthen domestic industries to replace construction material imports with local materials to help keep costs down.

Lengthy property registration and title transfer also add time and expense to the purchasing process in Kenya, taking up to six months or more to complete in some instances, frustrating investors and buyers alike.

Experts are recommending a one-stop-shop for seamless registration of new housing projects through automation.

“Today, we have 132,000 affordable units approved, on private land by private developers and they don’t need any off-take guarantees from the government. All they wanted was tax incentive and horizontal infrastructure,” said Hinga.

“We have shown developers that they can actually make money by investing in low-cost housing. Besides adopting value engineering to efficiently cut costs, we’re telling them to do space optimisation so that if they’re building on 10 acres, for instance, they can do 1,000 units as opposed to building 20 houses for the high-end market.”

The downside? All that intensive development will likely incur high environmental costs, including increased emissions and resource use.

Post a comment
WATCH: The latest videos from the Star
by BY VICTOR AMADALA AND NEVILLE OTUKI
Kenya
23 August 2021 - 15:59
Read The E-Paper