Unthinkable business disruptions brought about by the Covid-19

From social distancing in matatus to wearing masks daily, we are living in a new normal 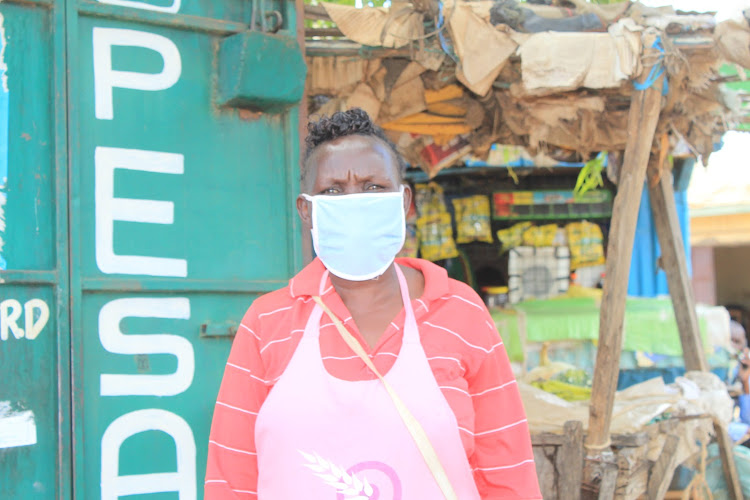 Early last year, life was a bit simultaneous, things running in a quite similar way on a day-to-day basis.

However, on March 12, Health Cabinet Secretary Mutahi Kagwe announced the first Covid-19 case in the country, and from then on what people termed as normal changed abruptly.

The new normal started manifesting, Kagwe announced a raft of measures to maintain social distancing between people in a bid to contain the coronavirus pandemic.

Public transport vehicles commonly known as matatus were directed to implement the social distancing requirement where 14-seater vehicles were required to carry 8 people.

The 25-seater vehicles were to only ferry 14 passengers while those with a capacity of 30 persons were required to transport 60 percent of their space.

This meant that some seats were left empty, and before the pandemic, this would have been unheard of as the vehicles would not leave the terminus before filling to capacity.

The matatu business which was previously very lucrative was now staring at losses as empty seats can't have people paying the fare.

For a matatu to make business sense, it must get the owner money to cater for all expenses, some profit and generate an amount equivalent to its buying price within three years, when service and maintenance costs start going up.

According to the Matatu Owners Association, the industry recorded huge losses amounting to billions during the Covid-19 pandemic owing to the strict rules imposed on them.

Almost one and a half years later, the matatu industry resumed normalcy last Monday.

The Ministry of Transport said the move was put in place to stop business loss in the transport sector, despite the continued rise in Covid-19 cases.

Players in the industry welcomed the new directive to allow them to self-regulate and carry full capacity saying they had lost a lot.

Among the other bizarre things was the regulation of nightlife and eating out in the country.

Kagwe in the raft of measures announced that all bars, social places and entertainment joints would be closed at 7.30 pm.

During operational hours, the facilities were to define the number of people in those public spaces to strictly follow regulations on social distancing of 1.5 metres apart between persons.

Before Covid-19, social places and bars were abuzz with activity with the new measures people now had to be more cautious.

When going to a restaurant, you would find some seats written 'Do not seat here' as the joints put in place the social distancing measures.

In July 2020, the worst came to the worst as the joints were forced to close down as the Covid-19 cases continued to surge.

They were reopened in September as the cases reduced, but they still operated up to 8 pm this saw the Bar, Hotels and Liquor Traders Association (BAHLITA) urge the government to increase hours.

Currently, bars are allowed to operate till 9 pm.

Before 2020, nobody would have expected restrictions on nightlife and eat out but it came with the new normal.

The economic effects of Covid-19 on the hotels also saw Intercontinental hotel and Radisson blu shut down.

Fairmont Norfolk shut for a few months but then reopened. 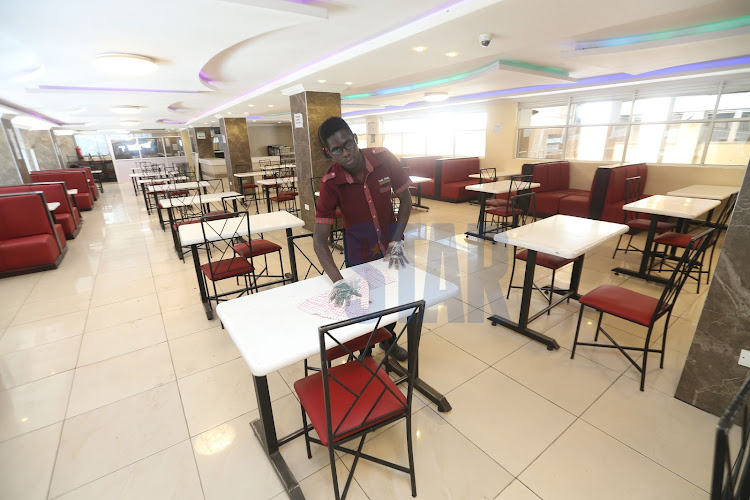 A restaurant in Nairobi's CBD on April 28, 2020. The Health ministry has said eateries have to apply for new permits before resuming business.
Image: FREDERICK OMONDI

Before Covid-19 hit the country, when leaving the house to go anywhere yo would not expect to find anyone wearing a mask.

Masks were worn in hospital or by people sweeping dusty areas, while sanitizers were not a common in people's bags.

The demand for the two items starting in the beginning of March as Kenyans feared the virus coming to Kenya.

Pharmaceuticals and supermarkets were running out of masks and sanitizers as Kenyans who were travelling out of the country sought to keep themselves safe.

Other Kenyans rushed to buy the masks as they feared the deadly virus hitting the country.

Some pharmacies and supermarkets in Nairobi at the time had run out of masks as Kenyans bought in bulk.

Currently, masks have become a common comodity like sweets, it is rare to miss them even at the most smallest shop.

The price of masks reduced significantly to as low as Sh5 for the surgical masks, N95 masks on the other hand currently retail from Sh200.

Hand sanitizers on the other hand did not have a huge price increase however they were swept of shelves in seconds as most Kenyans sought to cop one to reduce spreading the virus.

The situation got very serious that supermarkets even had to limit the number of sanitizers one could buy, to a minimum of one or two.

Currently the market is flooded with many different brands of sanitizers , so Kenyans are spoilt for choice.