It is retailing affordable for most low earners globally. 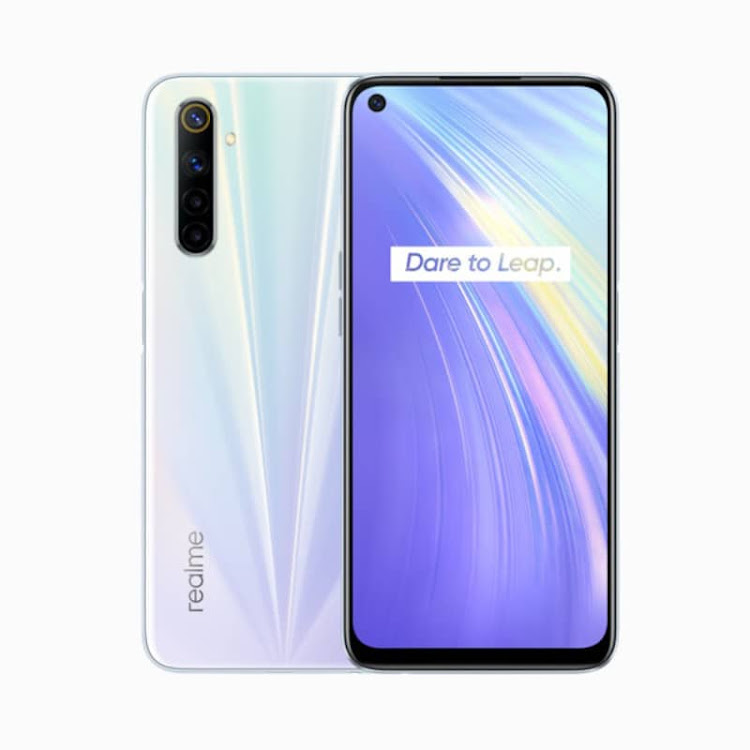 realme mobile phone series that launched in the country early last year with entry-level products including realMe C3 and C11 is gaining popularity in the country, thanks to its innovative features.

Since its inception in August 2018, realme has positioned itself as a leader in releasing smartphones that focus on the new trends in the market while sustaining high levels of security features for customers’ data.

The launch of realme C6 was a phenomenon. It played a pivotal role in the firm’s 50 million shipments during the third quarter of 2020, surpassing giants such as Samsung, Apple, and Huawei. And is considered one of the best smartphones in its price range and specs.

realme 6 is the company’s foray into the midrange market in Kenya and comes in a neat comet-like design that makes a lasting impression.

The realme 6 is a sleek phone, but there isn't much to distinguish it as unique. The back is gently curved as it meets the mid-frame to offer a better-in-hand feel. The phone is usable with one hand and easily slips into your pocket when you’re out and about.

However, it has a plastic but visually appealing back that when struck by light, you’ll see multiple streaks that run down.

You have the choice of either Comet Blue or Comet White – these colors give the phone its character and the design has grown on me. Although you’ll need to use the case provided to protect it from scratches and fingerprint smudges.

The front is almost all screen with a 90.5 per cent screen to body ratio, with a punch-hole selfie camera stuffed into the top left corner of the display.

The screen is vibrant and at a resolution of 2400 by 1080 pixels, decent enough for consuming multimedia content – be it videos or streaming movies, browsing the web and your social media feeds.

The animations are fluid especially for apps and games that support a 90Hz refresh rate. Pretty sweet. There is less blur when swiping, scrolling, or switching between tasks.

Such refresh rates can be found in the Xiaomi Mi 10 Pro and the Huawei P40 Pro. But for now, the realme 6 is the most affordable smartphone in the market with this feature.

Hand-held night scene mode with better lighting, short shooting time and better picture quality is also a plus on this. But competitor phones like Samsung and Oppo have a better nightscape mode

Want to improve the quality of night shooting, but also want to be able to shoot, just need to turn on the night mode, press the door. The 8 MP 119 degrees ultra wide-angle camera, easy to take photos of a wide range.

The other two cameras consist of a 2 MP macro camera that captures the fine and detailed photo and another 2 MP Nano lens also known as the portrait lens and has a black and white filter. The front camera on the other hand is 16 MP.

This smartphone comes with a 4,300mAh battery. In my testing, the 4,300mAh battery kept videos playing for 17hrs 30mins. And the phone will last well over a day with moderate use, but it's below average in comparison. However, competitor phones can last a little longer

The power button, which also functions as a fingerprint sensor, is on the right side, and the volume buttons are on the left, beneath a triple card slot that can accommodate two nano-SIMs and a microSD card with a capacity of up to 256GB.

At the bottom is a 3.5mm audio connector, as well as a USB-C charging port and two sets of speaker grilles. The audio is crystal clear and of high quality.

From my perspective, this is a go-to phone in its price range. The realme 6 isn't a fantastic all-rounded smartphone, but it is a terrific gaming phone, and the concessions made to guarantee it remains a superb gaming phone selling for under 30k are worth it.

There are a few obvious flaws, such as backlight bleed and camera quality, but they are only a concern when compared to the competition and are primarily in the price range.

The manufacturer well known for daring to leap in technology will launch the all-new first ever android phone with wireless charging dubbed Mag Dart.

realme also plans on bringing in the all-new realme GT to the Kenyan market. This will be an addition to their recent achievement of conquering an overall market share of 16 per cent in May 2021 globally this together with Oppo and OnePlus coming to a position above apple according to counterpoint.