Last nails on the coffin of Intercontinental Nairobi 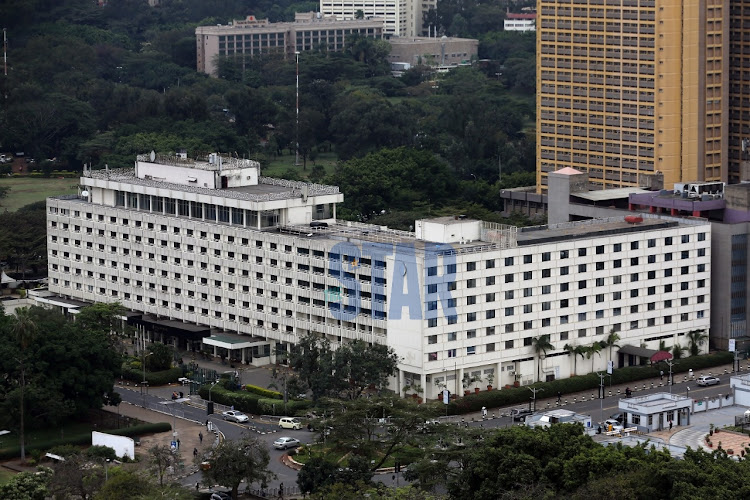 An aerial view of the Hotel Intercontinental in Nairobi.
Image: FREDRICK OMONDI

The iconic five-star InterContinental Hotel in Nairobi is set to finally exit the scene after 53 years of operations in Kenya.

Kenya Hotel Properties Limited (KHPL) owns the building on which the international brand has been operating.

Yesterday, KHPL tendered for a consultant to advise on the management of the property.

''The terms and references are for the engagement of a qualified consultant to guide in strategic options towards best use utilisation of the firm's property situated along Parliament Road near Holy Family Basilica,'' the notice reads.

The tender notice states that hotel closed operations in April 2019, less than a month after the country reported its first Covid-19 case.

Subsequently, KHPL says the lease agreement with the InterContinental Hotel was terminated in July last year.

The InterContinental Hotels Corporation has been running and managing the Nairobi facility under a 99-year lease since 1947.

Sovereign Group owns 19.2 per cent of Kenya Hotel Properties Limited while Development Bank of Kenya has a 12.99 per cent stake.

The notice is likely to further devalue the government's stake in the 389-room facility.

In August last year, the five-star facility at the heart of Kenya's capital sacked all employees, ending its operations in the country. It attributed the abrupt decision on coronavirus economic fa

Even so, the hotel was already struggling before the pandemic and was in 2019 declared technically insolvent after failing to service a Sh717 million debt owed to Stanbic Bank.

The financial problems saw the parent firm, InterContinental Hotels Group (IHG) cut ties with the Kenyan franchise in a trend that has characterised its global operations.

It has in recent times been dropping more hotels than it’s opening, as part of a plan to boost customer service and brand perception.

In the first quarter of 2021, IHG removed 61 hotels with a total of 9,500 rooms. Half of the hotels being dropped belong to either Holiday Inn or Crowne Plaza.

Separately, in another notice placed in a local paper yesterday, trustees of the Hotel Intercontinental said they have obtained approval from the Retirement Benefits Authority (RBA) to voluntarily wind up the scheme.

Joseph Kimani of Kingori Kimani and Company has been appointed as the liquidator.

''This is to notify any person including past scheme members who may have any claim against to submit such claims together with supporting evidence to the liquidator within 30 days,'' the notice read in part.

It added that upon the expiry of the notice, the liquidator will deal only with submitted claims, wind up the scheme and distribute assets based on available information.

This seems to be the last nail on the five-decade hotel linked to the late President Moi with 33.8 percent government shareholding.

The hotel is the perfect example of just  Covid-19 has crushed the hospitality industry in Kenya and across the globe, with hundreds of hotels opting to close.

Apart from Intercontinental, other notable facilities in Nairobi that succumbed to coronavirus include Norfork Hotel and Raddison Blue Hotel in Upper Hill.