The firm had until end of June to complete a revised assessment of the project.

•Throughout 2020, Tullow worked closely with its joint venture partners to progress the full field development plan.

•The firm is expected to makes major investment decisions across its sites, including mobilising drilling rigs at the Turkana oil blocks. 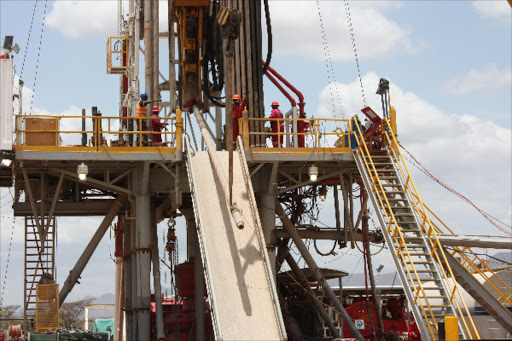 Kenya will soon know if British oil firm Tullow is here to stay as the country hopes to go commercial on its oil.

In November 2020, the firm announced a joint decision to re-assess the development plan and design a project that is economical at “low oil prices” whilst preserving the phased development concept.

Tullow, and its joint venture partners, was expected to complete a revised assessment of the project by the second quarter of 2021, which lapsed last month.

“Throughout 2020, Tullow worked closely with its joint venture partners to progress the full field development plan,” the firm notes in its operational update.

In September 2020, the Kenyan government agreed to an initial extension for the 10BB and 13T licence blocks until December 31,  2020 following approval of the 2021 work programme and budget.

It granted a full extension until December 31, 2021 by which date the Group is required to submit a Field Development Plan.

The firm is expected to make major investment decisions across its sites, including mobilising drilling rigs at the Turkana oil blocks.

The pilot scheme involved developing five existing wells in the Amosing and Ngamia fields located in Blocks 13T and 10BB and the transportation of 2,000 barrels of oil per day by road, from Turkana to Mombasa.

This culminated with the maiden shipment of 240,000 barrels of Kenya crude on August 26, 2019 , valued at $13.4 million (about Sh1.5 billion), the first ever lifting of oil from East Africa to the international market.

The scheme, management says, successfully served its purpose by providing critical technical data, logistical and operational experience, and training that will materially assist the journey towards Full Field Development (FFD).

“The Early Oil Pilot Scheme successfully completed two years of production and all the required reservoir and production data gathering was completed as planned,” the firm notes.

According to the firm, the reservoir and production data gathered during EOPS is now being used in redesigning the full field development concept.

EOPS production of more than 350,000 barrels of oil from the Ngamia and Amosing fields provided six months’ sustained rate and pressure data, it notes.

“The data confirms reservoir quality and continuity in both fields, enabling the Group to optimise plans to focus on the most productive wells at the crest of the fields, leading to improved rates per well and refined injector/producer patterns,” its operational update reads in part.

The impact of this on plateau rates and recoverable resources is being assessed.

In parallel, the joint venture partners are also working closely with the government on securing approval of Environmental and Social Impact Assessments and finalising the commercial framework for the project.

Global oil prices, which play a crucial role in companies' investment decision, have recovered after a low performance last year, occasioned by reduced demand for the product as the Covid-19 pandemic ravaged economies.

Yesterday, Brent crude was quoted at $71.54 (Sh7,740) bouyed by an agreement by producing countries agreed to cut supply to manage prices.

A good oil market is likely to influence Tullow's final investment decision in Kenya, which is keen to become a net oil exporter.

Tullow entered Kenya in 2010, after signing agreements with Africa Oil and Centric Energy to gain a 50 per cent operated interest in five onshore licences; 10BA, 10BB, 10A, 12A and 13T.

Its interest in Block 10A has been relinquished in December 2013.