They have cited mismanagement of the airline as key problem.

•KALPA notes a number of proposed measures to help turnaround the airline have been ignored.

•This includes the 2015 Senate-Assembly inquiry into the affairs of KQ and its subsidiaries. 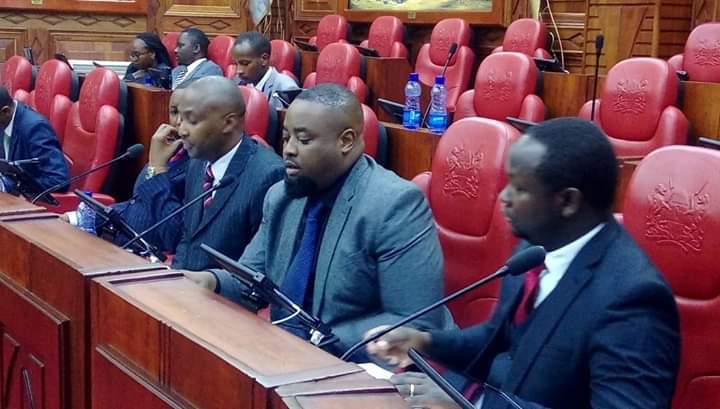 Kenya Airways pilots are now seeking audience with the International Monetary Fund (IMF) as the airline remains in losses, with poor management blamed for a failed turnaround.

The pilots’ lobby–Kenya Airline Pilots Association (KALPA) has written to the Bretton Woods institution, poking holes on the leadership of the airline which has reported losses for seven consecutive years, pre-Covid to date, with a cumulative net loss of Sh127 billion.

Putting in place a viable turnaround strategy is one of the conditions for the Sh255 billion loan to Kenya from the IMF in March, which the government has committed to audit and reform the operations of nine key State-Owned Enterprises, among the Kenya Airways, to ensure their viability.

KALPA notes a number of proposed measures to help turnaround the airline have been ignored, with management failing to come up with neither a short-term nor long-term strategy.

Such is the case as per the 2015 Senate Assembly inquiry into the affairs of KQ and its subsidiaries where various key stakeholders, KALPA included, tabled submissions and proposals that paved way for recommendations as compiled in the resulting Senate inquiry report.

So as to articulate the issues clearly and officially furnish you with our proposal, we seek audience with you and your team at your earliest opportunity.

A key element that arose from the inquiry is the general mismanagement at the airline, KALPA notes.

“It is unfortunate that to date, most of the Senate report recommendations have never been implemented, despite the thorough and comprehensive audit of the airline done through the inquiry,” KALPA general secretary and CEO, Captain Murithi Nyagah, says in the letter.

“Interesting to note, but not surprising, the same has been the common denominator amongst other documented audit reports and findings that have been conducted,” Nyagah adds, “As your team engages the government of Kenya in evaluating KQ, it is important that the 2015 Kenya Senate report is included and factored as you formulate solutions.”

The 43-year old association, representing over 400 KQ pilots, notes the airline’s management has failed to implement reforms despite spending millions of dollars in audits and consultancies.

A Deloitte forensic audit report (2016) revealed levels of corruption amongst sections of KQ management, some of whom colluded with bankers, suppliers and oil companies to steal from the airline through forgery and manipulation of accounts, KALPA notes.

These audits and consultancies ostensibly cost the airline excessive amounts, running into millions of dollars, billed at a time when KQ was undergoing severe cash constraints.

“Your evaluation of the airline will reveal that KQ leadership has an exceeding dependence/reliance on staff restructuring strategies. In the last 10 years, the airline has conducted at least five major staff rationalisation exercises,” Murithi notes in the letter.

Yet despite the expensive audits and staff layoffs, poor financial performance continued to persist, he says.

“These examples are just but a tip of the iceberg to illustrate how the KQ leadership consistently employ deficient business models to remedy the organisation’s continued loss making performance,” KALPA says in the letter – Ref: KALPA/IMF/01/, addressed to IMF’s Resident Representative–Kenya, Tobias Rasmussen.

It is copied to Cabinet Secretaries James Macharia (Transport) and Ukur Yatani (National Treasury and Planning).

KALPA has come up with a detailed recommendation on helping the airline survive the current turbulence, worsened by the Covid-19 pandemic, and returning to profitability.

The carrier reported the worse loss (net) of Sh36.2 for the financial year ended December 2020, under the leadership of CEO Allan Kilavuka and chairman Michael Joseph.

In 2019, its losses were Sh12.9 billion with former polish chief executive Sebastian Mikosz at the helm, and Joseph as the chairman, with this being a dip from a Sh7.6 billion in 2018 and Sh6.4 billion the previous year.

The carrier reported a Sh26.2 billion loss in 2016 with former CEO Mbuvi Ngunze at the corner office with the board then being chaired by ambassador Dennis Awori.

2015 losses were recorded at Sh25.7 billion when Ngunze was in office and the then chairman Evanson Mwaniki.

The rains started beating KQ during former CEO Titus Naikuni’s tenure with the first major loss of Sh3.4 billion being reported in the year 2014, a time when Mwaniki was also the chairman.

KALPA now wants aviation experts and individuals from key economic sectors to sit on the board and lead the airline's turnaround strategy.

In a memorandum, the Kenya Airline Pilots Association (KALPA) says the board should comprise of, but not limited to a nominee of the association with a minimum of 10 years international flying experience and rated on the Boeing 787 or 777.

It should also have an aviation maintenance science expert, licensed aircraft engineer with Boeing training and rating in the B787, and an aircraft acquisition, lease and financing expert.

The memorandum titled titled 'KALPA's National Carrier Revival Plan', further proposes that horticulture, floriculture, and meat and livestock exporters should also be offered a seat on the board, as they are key players in cargo business.

The board should further have an air cargo management expert, a nominee from hotel and restaurants association of tourism and hotel sectors, airport operations expert or KAA representative and an aviation auditor.

The current board composition comprises individuals from the private sector, military and government who are not necessarily aviation experts.

The association proposes that a new set of departmental heads, as well as the CEO, should be hired in a competitive, transparent and fair process with competent and qualified Kenyans being given priority consideration.

This comes as KQ management works on a turn-around plan with changes expected to come with the National Management Aviation Bill 2020 currently in Parliament.

“So as to articulate the issues clearly and officially furnish you with our proposal, we seek audience with you and your team at your earliest opportunity. It is our belief that this engagement will be crucially beneficial, thus enabling your team make informed recommendations with respect to KQ, in line with your broad experience and globally respected practices,” KALPA says in the letter.

While the nationalisation is being waited upon, KQ management has changed the lease terms on its aircraft fleet opting for hourly rates in place of fixed costs, which Kilavuka says will help manage expenditure.

It expects to save $45 million (Sh4.9 billion) this year as the airline seeks to cut expenses involved in fleet management, as airlines globally plot post-Covid recovery.

Downsizing not the solution to KQ troubles – KALPA

Captain Murithi Nyagahon the troubles at the airline, challenges and a way forward
Business
11 months ago