The company has drilled 310 wells in Kenya.

•It commenced Phase II of the Ethiopian geothermal project on May 29 and within the first eight hours, it had drilled up to 29 meters.

•Drilling a single well takes about two months to complete. 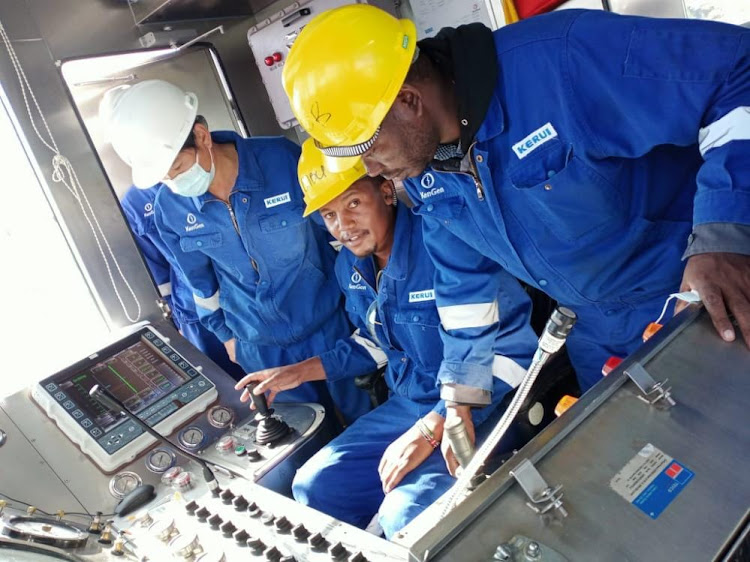 Kenya Electricity Generating company (KenGen) is banking on its success in Kenya to deliver its geothermal wells project in Ethiopia in record time.

The electricity generating company has drilled about 310 wells in Kenya where it has wellheads in Olkaria and Eburru.

According to Managing Director and CEO Rebecca Miano, drilling a single well takes about two months to complete.

“We however hope to shorten this period despite the prevailing circumstances brought about by Coronavirus Disease (Covid-19),” Miano said on the Ethiopian project, which commenced on May 29.

The well at the Ethiopia Electric Power (EEP) company project was drilled to 29 meters within eight hours, against a possible maximum of 3,000 metres in a single well.

This is part of a Sh7.6 billion contract to supply geothermal drilling services to the Ethiopian Electric Power.

Ethiopia’s quest for geothermal energy spans over four decades as the country had tried to venture into geothermal development as far back as 1981.

In Phase I of the contract by consortium partners, two rigs were delivered at Aluto site in Ethiopia with KenGen earning about Sh440.4 million from the drilling.

KenGen is supplying about 30 per cent of the component of Phase II which translates to about Sh620 million (about $6.2 million).

Under this project, which is financed by the World Bank through a loan to the Ethiopian Government, a total of eight wells will be drilled in Lot 1 using two rigs with expected revenue of Sh620 million ($6.2 million).

Each rig is expected to drill four wells within a period of one year.

Depending on the outcome of Lot 1 wells, an additional 12 wells may be drilled under Lot2 bringing the total to 20 wells, the firm has noted.

It is also prospecting for a similar business in Rwanda as it expands its works in the region.

“We remain dedicated to our quest to light up more villages in Africa,” Miano said with its investment and developments in Kenya making the country Africa’s number one geothermal energy producer, and among the top 10 in the world.

The East Africa rift system has geothermal potential 15,000 MW, of which about 10,000 MW is within Kenya.

The Nairobi Securities Exchange listed firm owned 70 per cent by government, and 30 per cent by private shareholders, is currently harnessing its operations in Olkaria, Menegai and Eburru fields, in a bid to increase geothermal generated power to the country's energy mix.