It was among eight bidders shortlisted to take over the company.

•The loss-making miller was placed under receivership by KCB Group in September 2019, to protect its assets and maintain its operations.

•Under the leasing deal, the successful firm is expected to run the plant on behalf of KCB whose Sh545 million, in loans, was defaulted by the miller. 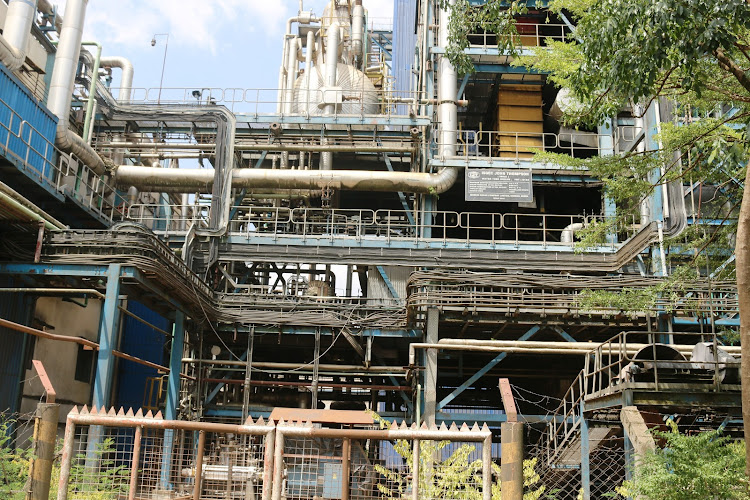 Steel tycoon Narendra Raval has shed his interest in Mumias Sugar Company, a decision seen to be influenced by ongoing politics around the process.

The loss-making miller was placed under receivership by KCB Group in September 2019, to protect its assets and maintain its operations.

Under the leasing deal, the successful firm is expected to run the plant on behalf of KCB whose Sh545 million, in loans, was defaulted by the miller.

The lender successfully pushed the receivership process through the courts.

Devki Group of Companies, which Raval is the Chairman, had expressed interest in reviving the miller with an initial capital injection of Sh5 billion, and was seen as a front runner in the race.

“However, given the ongoing public interest which the matter has attracted and the call for publicly run bidding exercise, we have found it worthwhile to take out our application. We will however express interest ,should the exercise be conducted in consultation with all the stakeholders,” Raval said in a statement.

This comes barely a week after leaders from the Western region voiced their concerns and called for directions on the bidding process.

Last week, Kakamega Senator Cleophas Malalah wrote seeking a statement from the Standing Committee on Agriculture on the state of Mumias Sugar Company and the impending resuscitation measures being pursued.

He asked the committee to address, in detail, the current state of Mumias Sugar Company's assets and liabilities, give details of when the receiver manager made the decision to lease the plant and enumerate exact steps proposed to be followed in effecting the lease.

He also demanded for documents relating to the lease, an account as to the originator of the decision to lease the plant (whether it was a decision of Kenya Commercial Bank or not) and disclosure of any communication or correspondences to Capital Markets Authority and other regulatory bodies concerning the leasing.

“Give details of the procedure to be followed should the government intend to sell its stake in the Mumias Sugar Company Ltd in its entirety,” Malalah further said in his request.

He further called for details on the bidding process including if there was public participation in the process and the names and details of the other companies that submitted their bids for the tender.

For the winning bidder, the Senator wants them to address themselves on the Mumias Sugar Company revival plan, give details of panel members of the evaluation process, their experience in related fields and their success (or failure) in previous ventures of a similar nature.

This week, Politicians from Western Kenya led by Amani National Congress leader Musalia Mudavadi said they were in darkness about the planned takeover of the company.

Mudavadi said the struggling sugar firm is a strategic facility in the region and that locals must be fully involved.

''KCB Group which placed the company under receivership must be careful how it picks an investor to revive it because the person or firm that comes in will require the goodwill of the leadership, farmers and other stakeholders,'' Mudavadi said.

On Friday, Raval said the group's interest in the company is to revive it and ensure that it is running for the benefit of all stakeholders including the farmers and local communities.

He was among eight individuals who had been shortlisted to take over Mumias Sugar through leasing.

“We wish the receiver manager success as they seek the most appropriate method of revival and or partner to take over Mumias to the next level,” he said in the statement.

Raval has run a successful steel and cement manufacturing business in Kenya, with the Devki Group of Companies having manufacturing revenues in excess Sh70 billion annually, employing over 4,000 people.

Steel tycoon Narendra Raval is among eight individuals who have been shortlisted to take over Mumias Sugar through leasing.
Business
1 year ago
by MARTIN MWITA Business Writer
Kenya
04 June 2021 - 10:55