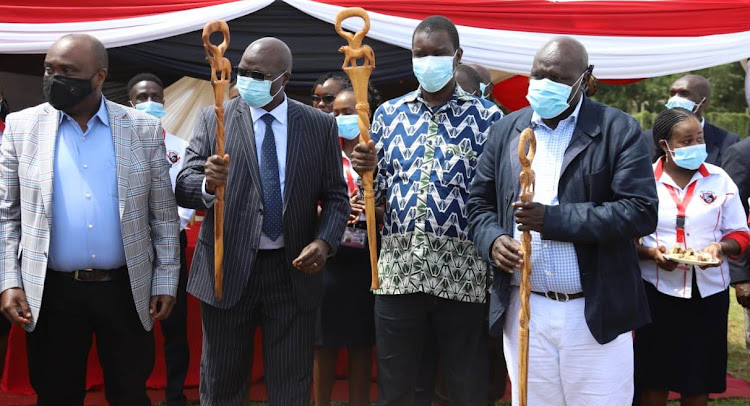 Speaking in Eldoret where he flagged off youth who had secured jobs abroad through the First Choice Recruitment and Consultancy owned by businessman David Lagat, Cheligui said the government had achieved a lot in mainstreaming labour migrations.

''We are still working on a few challenges including a lack of bilateral labour migration agreement with key destination countries,'' Chelugui said.

He added that there was also a lack of legislation for private employment agencies leading to the existence of unscrupulous recruitment organizations smuggling and trafficking in persons and child labour.

“To resolve these challenges the Ministry of Labour is developing a national policy on labour migration and accreditation of recruitment agencies among other measures”, said Chelugui.

He said the National Environment Authority (NEA) has been instructed to ensure ethical recruitment of Kenyans to work abroad so that they are not exposed to suffering once out there.

According to government data,  at least four million Kenyans are working abroad, ranking the country fourth in Africa after Egypt, Nigeria and Ghana.

The Labour boss said the government would deploy labour attaches in countries where Kenyans get jobs so that they help in ensuring Kenyans are not underpaid and frustrated while working abroad.

He put those operating unscrupulous recruiting agenies of harsh punishment if caught,  adding that opportunities abroad should not be turned into misery and abuse for Kenyans.

The agencies will only be allowed to take Kenyans abroad with approval from the National Employment Authority (NEA). Employers enforce the minimum wages set by the government every year so that workers are not exposed to under payment.

Kenya has already signed agreements with Saudi Arabia and Qatar where at least 75,000  and 50,000 Kenyans are currently working.

Chelugui said more than 400,000 Kenyans lack jobs locally every year and that the government was targeting to take more than 30,000 Kenyans to work abroad by the end of next year.

Uasin Gishu Governor Mandago who attended the function wants the government to carry out a baseline survey on skill gaps in the country and the required skills outside the country to help guide in the training of youth.

Mandago says the survey on the skill gaps will enable counties and other agencies to offer relevant and targeted training that will ensure the youth are prepared for available job opportunities locally and abroad.

''Parents invest heavily in education and but frustrated by the high rate of unemployment,'' Mandago said.