Process follows the submission of a Statutory Management Report that recommended its winding up. 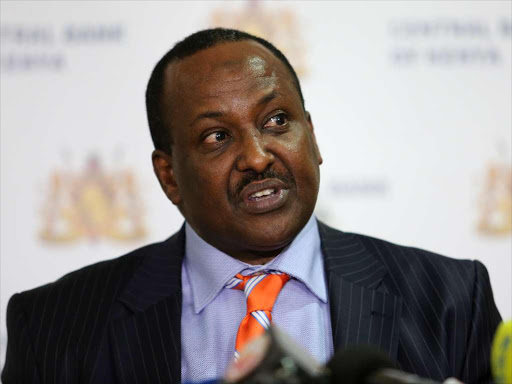 Depositors of defunct Charterhouse Bank are set to receive their insured deposit of a maximum of Sh500,000 in the next 30 days.

KDIC CEO Mohamud Ahmed has assured all those who had deposited money with the collapsed bank, that they would receive their funds.

Balance of deposits above the insured threshold and other creditors' claims will be paid equitably as and when the liquidator accumulates sufficient funds from the liquidation process.

“We are starting the liquidation process today and we would like to assure all depositors that they will get their money. For those who had deposits above Sh500,00, we will ensure that we get their money back as we get the best valuation of the bank's assets,” said Ahmed.

The Central Bank Of Kenya on May 7, appointed KDIC as liquidator of the bank.

“The report indicates that in view of the severe violations of the Banking Act by CHB and its inability to address them, liquidation is the only feasible option,” CBK said in a statement.

In the report, the recommendation and considered liquidation would facilitate the orderly resolution of the assets and liabilities of CHB in accordance with the Laws of Kenya, to protect the interest of depositors, its creditors, other stakeholders, and the wider public interest.

Charterhouse Bank was established in 1996 after taking over the operations of Middle East Kenya Finance Limited.

Subsequently, the institution converted to a fully-fledged bank in 1998.

The bank had 10 branches in Nairobi, Kisumu and Mombasa.

Eight of these were located at branches of the former Nakumatt Supermarket Stores, an associate of the bank through common shareholding, with reports the bank was being used as a strategic money laundering tool.

Its equivalent ranking at the end 2020 with the 2006 asset base would be the smallest of all banks.

This was after severe violations of the Banking Act by CHB relating to lending, the accuracy of returns submitted to CBK, and failure to obtain account opening documentation for a number of customers.

"The placement of CHB under statutory management and take over by CBK was done in the interest of the bank’s depositors, creditors and members of the public," CBK notes.

KDIC is set to implement the risk-based premium model from July 1, which will see banks paying increased premiums to the deposit insurance fund.

According to the KDIC CEO, this model is only to safeguard Kenyans putting their money in banks with prompt resolution methods, but the future is to ensure no bank failures in Kenya.

The deposit insurance fund, run by KDIC, was created to compensate depositors of collapsed institutions and to boost confidence in the banking industry that had been rocked by a series of bank failures in the 1980s and early 1990s.

Currently, the fund is financed by member banks at a flat rate of 0.15 per cent of the total deposits per annum.

Two banks, Charterhouse and Chase Bank, have gone into liquidation in a fortnight, even as the CBK assures the country's banking sector remains resilient.

Was placed under statutory management in June 2006 over violations of the Banking Act
Business
1 month ago
by SUSAN NYAWIRA Business Reporter
Kenya
11 May 2021 - 04:00