Nairobi and London have a deal to return cash stolen and stashed in British banks.

•As of November last year, wealthy Kenyans were reported to be hiding more than $4.2 billion (Sh452.9 billion) in offshore accounts. 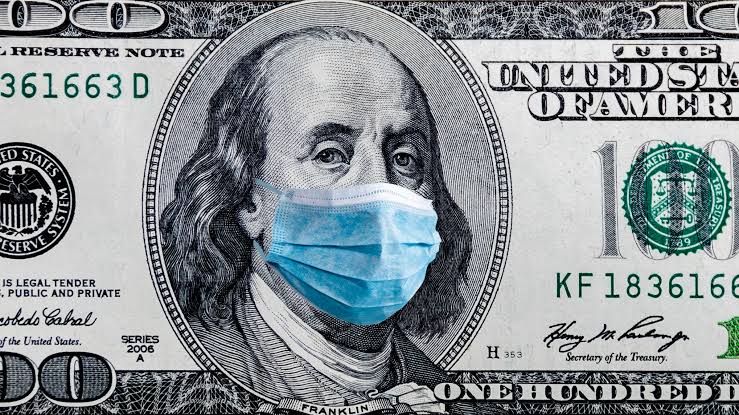 The United Kingdom has set the stage for major freezing of assets and travel bans on corruption suspect under a new law that could affect some  Kenyans.

The ‘Global Anti-Corruption Sanctions Regulations 2021’, under the powers of the Sanctions and Anti-Money Laundering Act 2018, gives the UK powers to prevent those involved in corruption from traveling to its territory or using its financial system.

According to Secretary of State for Foreign, Common Wealth and Development Affairs, Dominic Raab, the sanctions seek to prevent and combat “serious corruption around the world.”

This is by allowing for asset freezes and travel bans to be imposed on individuals or organisations involved in serious corruption, a move that could flash out some wealthy Kenyans, and or companies, involved with stashing millions in off-shore accounts.

“It is a smart tool allowing the Government to target corrupt actors and their enablers. It will prevent those responsible from entering the UK or laundering their ill-gotten assets here,” Raab notes.

These sanctions will help to ensure that the UK is not a safe haven for those involved in serious corruption, including those who profit from it, he adds.

The regulations are expected to elevate an existing agreement between Nairobi and London to return cash stolen in Kenya and stashed in British banks.

President Uhuru Kenyatta and former UK Prime Minister Theresa May sealed the deal in August 2018, in what was a second major agreement Kenya has signed with a foreign country after a similar one reached with Switzerland on July 9, the same year.

“Depriving people of the proceeds of their crimes is a major deterrent against the vice. We are determined to make it painfully unrewarding and expensive to get involved in corruption in Kenya,” Uhuru had said.

The Kenyan government has also written to at least seven countries seeking details on billions of shillings suspected to be stashed abroad by influential individuals, including prominent politicians and businessmen.

As of November last year, wealthy Kenyans were reported to be hiding more than $4.2 billion (Sh452.9 billion) in offshore accounts, denying the country $63.4 million (Sh6.9 billion) in tax revenue, according to a global report.

The amount is enough to fund the annual budget for counties of Sh386.6 billion and double the number of health workers to help tackle the Covid-19 pandemic that has claimed over 2,600 lives since March last year.

According to the State of Tax Justice 2020 report released by Tax Justice Network and Global Alliance for Tax Justice, the amount stashed in low tax territories equals 4.8 per cent of the country's Gross Domestic Product (GDP).

The survey mirrors a report by the World Bank in February which revealed that political elites had more than Sh327.89 billion in offshore bank accounts over a two-decade period when the country received billions in donor aid.

The study titled 'Elite Capture of Foreign Aid: Evidence from Offshore Bank Accounts' compared data on aid disbursements from the World Bank with foreign deposits from the Bank for International Settlements (BIS), focusing on 22 aid-dependent countries.

Jordan topped the ranking among the targeted countries with more than Sh350 billion stashed in offshore bank accounts followed by Kenya which had Sh136.2 billion in less regulated territories and Sh190.35 billion in regulated bank accounts.

While saving wealth in offshore accounts is not a crime, the report points to the country's high secrecy index that provides leeway for illicit financial flows that has seen Kenya Revenue Authority (KRA) lose up to Sh7 billion in taxes.

The report shows that Kenya's financial sector is among the 30 most secretive globally and second in Africa after Algeria.

The annual index has scored Kenya's secrecy rate at 76 per cent, meaning the country is a fertile market to stash or facilitate the transfer of ill-gotten private financial wealth and other illicit financial flows (IFFs).

Although Kenya's Financial Secrecy Index (FSI) has dropped slightly from 80 per cent in 2018, its globally ranking has risen to position 23 from 27 globally.

The Sentry, an investigative and policy team that follows the dirty money connected to Africa, has actively been advocating for this new policy tool to help combat major corruption and illicit finance linked to the UK.

The funds are mainly linked to fueling war, mass atrocities, and human rights abuses around the world.

“New international anti-corruption regime can “create a real cost for those profiting from human misery and using the UK to stash corrupt profits and enjoy luxurious lifestyles,” The Sentry’s John Prendergast said yesterday.

One of the most recent successful deals to repatriate proceeds of corruption was between Kenya and Jersey authorities on ShSh444 million seized from the secret offshore bank accounts,  belonging to former Kenya Power chief Samuel Gichuru and ex-Energy minister Chris Okemo.

Authorities in Jersey, which is part of the British Isles, said the Sh444 million will be the first batch of cash seized from Kenyans that will be repatriated to Nairobi-more than eight years after the secret accounts were frozen.

Country has lost almost Sh7bn in taxes due to high secrecy involved during transfers.
Business
1 year ago
by MARTIN MWITA Business Writer
Kenya
01 May 2021 - 07:42