KRA to earn Sh1B from the new product every year

• Its second after EABL in beer production 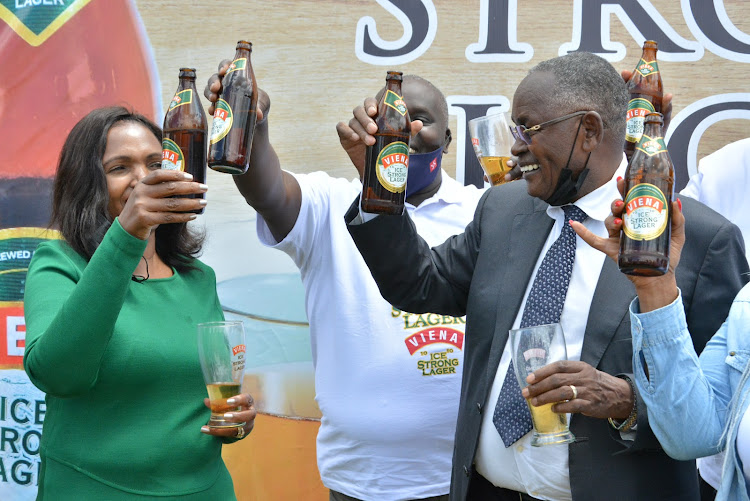 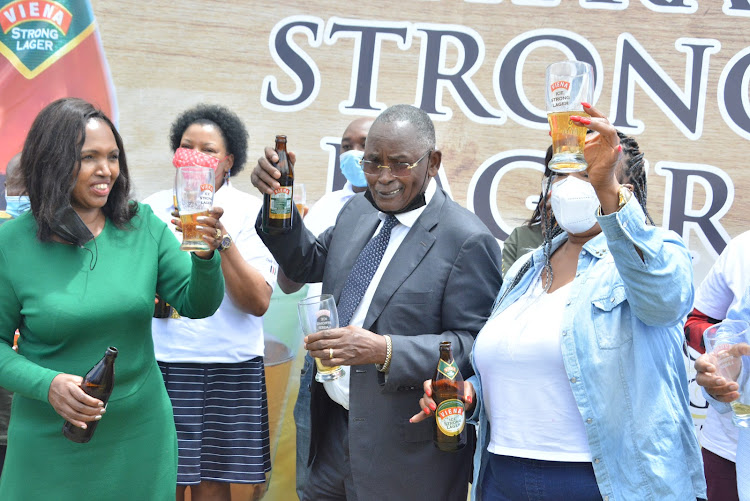 Naivasha based brewer Keroche's beer production and sales have dropped by 25 per cent due to Covid-19 pandemic that has left bars and restaurants closed.

However, despite the challenges, the company has exuded confidence that it will recover through the newly launched Vienna Ice Strong Lager which it says will generate more than Sh1 billion to Kenya Revenue Authority annually.

This emerged during the launch of the new brand that has a ten per cent alcohol content.

According to the company chief executive Tabitha Karanja, this was the first strongest locally brewed in the market in a market dominated by imports.

Karanja said plans were underway to launch another brand of strong beer in the next three months creating more job opportunities for residents and generating extra revenue.

“The new product Vienna Ice Strong Lager will generate over Sh1 billion to KRA every year and this will rise with time as per our market projections,” she said.

The CEO said that the product was introduced following a two-year survey which indicated the absence of strong beer in the country.

“For years consumers have relied on imports in this market and the new brand which is unique will fill in this gap,” she said.

Karanja admitted that the pandemic had adversely affected the liquor sector with sales dropping by 25 per cent due to the closure of bars.

She was however optimistic that things would change in the coming months with their projections of attaining ten per cent of the country’s market still on track.

“Tax remains a major challenge for us and we are content with the recent court ruling that directed the Competition Authority to the issue of beer packaging,” she said.

He added that the company had the capacity of producing over 40,0oo bottles per hour adding that they would meet the demand of the newly launched strong beer.

“We have done extensive market research and we are sure that this product will be accepted in the market by our consumers,” he said.

He said that they are looking forward to the reopening of the bars and restaurants.

Post a comment
WATCH: The latest videos from the Star
by GEORGE MURAGE CORRESPONDENT
Kenya
27 April 2021 - 16:30
Read The E-Paper