•Kenyans will thus wait longer to get an opportunity to hear from the Treasury on what the loans would be put to. 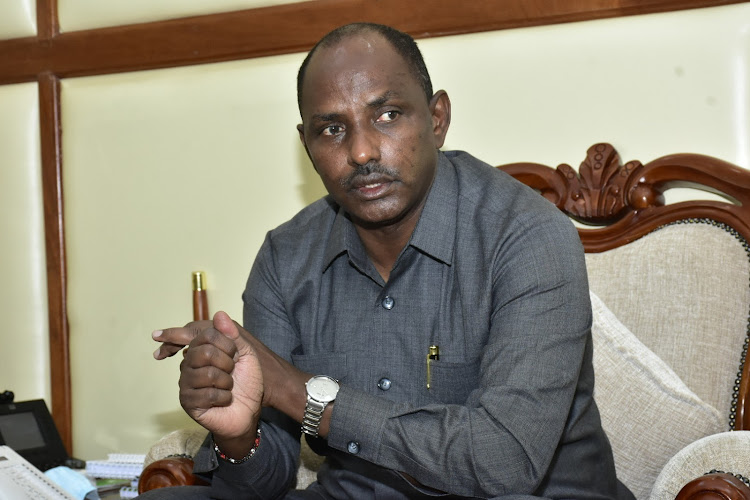 National Treasury Cabinet Secretary Ukur Yatani has sought a new date  with MPs to shed light on the Sh255 IMF loan to Kenya.

Treasury Principal Secretary Julius Muia in a letter to Parliament on Wednesday said the CS was engaged in other official matters and requested for a new date.

Yatani was to face members of the Budget and Appropriations and the Finance and National Planning committees over the loan.

The Executive Board of the IMF approved a 38-month programme under the Extended Fund Facility and the Extended Credit Facility with initial disbursement of Sh79 billion due for release by June 2021.

MPs want  a comprehensive report on the preconditions agreed upon between the Kenyan government and the IMF for access to the facility.

they are also seeking a report detailing the specific measures to be undertaken to reduce debt vulnerabilities as well as scaling up revenue collection.

MPs also want a report on structural and governance reforms agreed upon for accessing the programme and the specific state-owned enterprises to be affected by the programme.

They equally want a report on the government's strategy to cushion the economy against the adverse economic effects of the Covid19 pandemic.

The loan triggered a storm in the country with Kenyans accusing the government of too much borrowing with little to show for the huge debt burden.

Taxpayers stormed the IMF social media pages demanding for a stop of the disbursement of the Sh255 billion.

MPs subsequently sought a brief on what the money will do, whether it will be for budget support, Covid-19 interventions, to retire other expensive loans or for general fiscal consolidation.

“We want to give them an opportunity to tell Kenyans how we are doing in terms of macroeconomics – that is to say our overall financial situation in the face of the pandemic,” Budget committee chairman Kanini Kega earlier told the Star.