Adds up to the travel ban imposed by the UK.

•The US has cautioned its citizens against traveling to Kenya due to Covid–19, and has asked them to exercise increased caution in Kenya due to crime, terrorism, health issues, and kidnapping.

•It is the leading international tourist market source for Kenya. 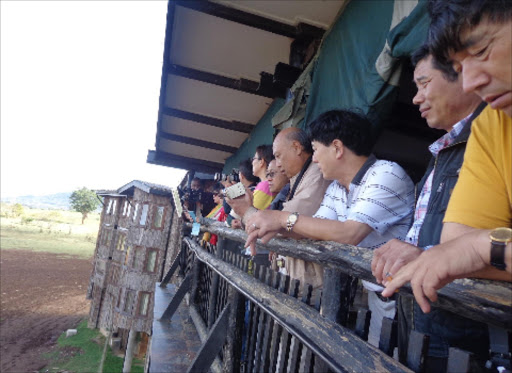 The US administration's decision retain the highest travel advisory on Kenya has dealt a major blow to tourism, according to  sector players and investment advisors.

The leading international tourist market source for Kenya last week issued a ‘Level Four Travel Health Advisory’ to American nationals, due to what it said was the steep rise in Covid-19 cases in the country, as advised by the Centers for Disease Control (CDC).

It came days after the UK added Kenya on its ‘Red List’, saying it had established the lethal South African coronavirus variant is spreading locally, with the country having a high rate of Covid-19 infections.

Do not travel to Kenya due to Covid–19. Exercise increased caution in Kenya due to crime, terrorism, health issues, and kidnapping

Kenyans or anybody transiting through Kenyan airports was banned from setting foot in the UK effective April 9, save for residents who have to undergo mandatory quarantine at a government listed facility.

On its website, US Embassy in Kenya said: “Do not travel to Kenya due to Covid–19. Exercise increased caution in Kenya due to crime, terrorism, health issues, and kidnapping.”

According to investment firm–Cytonn, the move by both UK and USA is expected to result in a decline in the number of tourist arrivals, as the two markets are key sources.

Latest data from the Tourism Research Institute (TRI) shows US and UK were ranked as second and fourth highest source markets for tourists in Kenya, respectively from January to October 2020, with 53,444 tourists from US and 42,341 tourists from UK. 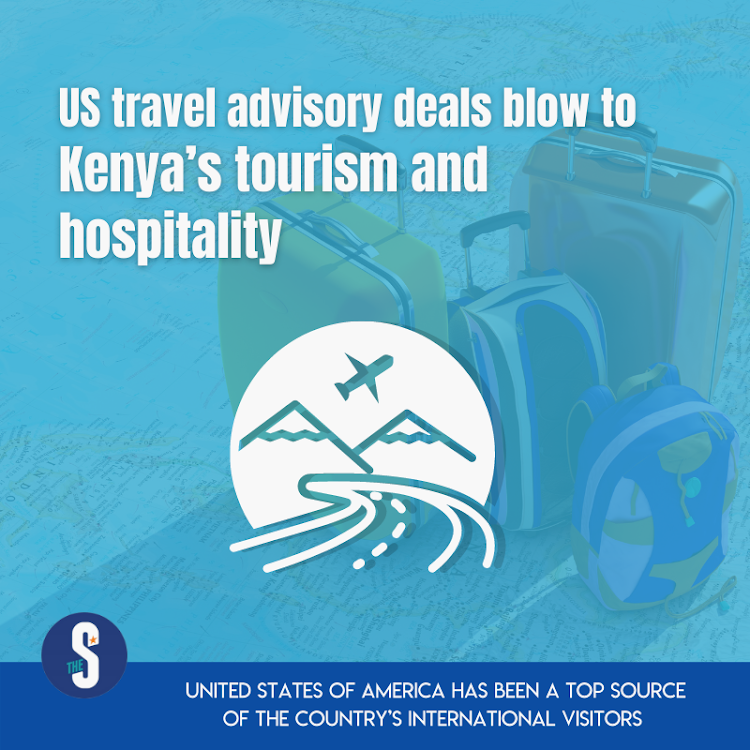 “The expected declines in the tourism arrivals coupled with the current travel restrictions within the country is likely to affect the performance of serviced apartments which has witnessed subdued performance since the onset of the pandemic in Kenya,” Cytonn says in its weekly report.

This is expected to take a toll on occupancy rates as most tourists and expatriates will opt to stay in their countries.

The investment firm notes that serviced apartments in 2020 softened with the occupancy rates declining by 31.3 per cent points to 48 per cent, from 79.4 per cent.

“The performance is expected to decline even further in the short-term if no immediate interventions are taken to address the expected declines in the tourist arrivals,” Cytonn says.

The currently restricted movement in and out of five key counties of Nairobi, Nakuru, Machakos, Kajiado and Kiambu, zoned as one area, is also taking a toll on the tourism and hospitality industry as most facilities remain with near-zero business.

Kenya Association of Hotel Keepers and Caterers yesterday remained concerns the sector, which is on its knees, could completely collapse, even as it wondered about the travel restriction decisions made by the US.

“We don’t believe the advisories are based on Covid numbers, maybe something else because if you look at the numbers, we are not at an alarm stage,” chief executive Mike Macharia told the Star.

Tours and travel company, Twiga Tours CEO Minaz Manji wrote: “This is serious! Tourism to Kenya will be hard hit even further!”

On the UK market, the industry is counting on the planned formation of a joint committee to review the travel restrictions, which triggered a tit-for-tat travel blockade with Kenya imposing a similar restriction on the UK.

“I recognise the strength of feeling and anger, both at the decision itself, the basis for it, and the timing. Our relationship is a partnership, based on mutual respect and trust, and I know many have felt hurt by this

British High Commissioner to Kenya Jane Marriott last week said the UK was deeply concerned about new variants of Covid, which could result in a fourth lockdown and more lives lost.

The highly contagious UK Covid -19 variant (B117 variant) is now reported in every state in the US, with researchers warning it is between 30 per cent and 100 per cent more deadly than previous dominant variants.