•Participants to benefit from continental and global visibility, group mentoring, networking with leaders and investors, and a virtual training bootcamp.

•The programme helps on how to pitch business to potential investors, build a relationship with investors, write a business plan and brand products. 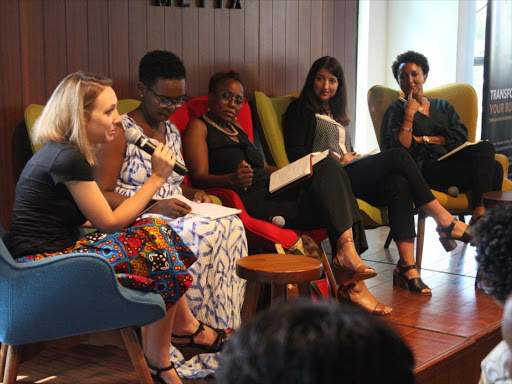 Women in Africa (WIA) has hit the ground going for the 2021 women entrepreneurs' programme, aimed at boosting their businesses and confidence.

With a call for application, the intensive programme targets an initial 540 finalists who will benefit from continental and global visibility, group mentoring, networking with leaders and investors, and a virtual training bootcamp.

The programme is crafted to help participants learn how to pitch their business to potential investors, build a relationship with investors, write a business plan and brand their products.

Investing in businesses led by women can transform societies.We are aiming to help women entrepreneurs to succeed and to become role models for the next generation.

The programme, WIA 54, is open to women from all African countries.

First launched in 2017, the programme promotes women entrepreneurs in Africa who are at the early stages of running a business.

The deadline for applications is  May 5, with applications being judged according to social impact, innovation, business plan, growth potential and the capacity of teams to implement their plan.

A jury of patrons and WIA representatives will select 54 stars from among the 540 finalists, whom will be invited for a customised support and training programme as well as individual mentoring.

The African continent is reported to have the highest percentage of women entrepreneurs in the world.

Over a quarter of adult women in sub-Saharan Africa are entrepreneurs, according to industry data, with women said to invest up to 90 per cent of their income in education, health and food for their family.

Men only invest up to 40 theirs, according to WIA.

“Investing in businesses led by women can transform societies,” said Aude de Thuin, founder of Women in Africa, “We are aiming to help women entrepreneurs to succeed and to become role models for the next generation.

The WIA 54 programme was initially available to 54 women.

The goal is to offer the programme to 10,000 women by 2030. The programme is organised through WIA’s Endowment Fund, WIA Philantropy.

It is the foremost international platform dedicated to the economic development and support of African women entrepreneurs.

Its main programmes are WIA 54 – annual pan-African training programme for women entrepreneurs, WIA CODE – which focuses on digital skills’ learning for the next generation and WIA YOUNG LEADERS – which identifies and supports the continent’s young leaders.

Google observed that disparity between men and women had worsened due to the global pandemic.
News
1 year ago
Post a comment
WATCH: The latest videos from the Star
by MARTIN MWITA Business Writer
Kenya
09 April 2021 - 13:00
Read The E-Paper