Move places about 27 Independent Power Producers (IPPs) on the edge.

•This is seen as a strategy by government to lockout expensive thermal power generators, who have been a headache to loss making utility firm–Kenya Power.

•The utility firm sources part of its electricity from IPP's that mainly rely on diesel powered thermal turbines. 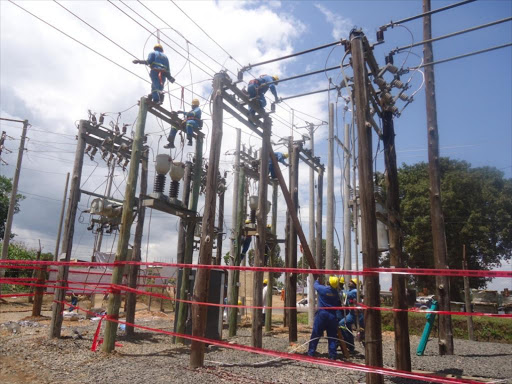 Approval of new deals is also on hold as the state moves to scrutinise running contracts which have attracted criticism for the high pricing by players involved in thermal power production.

The move puts about 27 Independent Power Producers (IPPs) on the radar in what is seen as a strategy by government to lockout expensive thermal power generators, who have been a headache to loss making utility firm–Kenya Power.

In a gazette notice, the President has appointed a 15 member taskforce with three joint secretaries, to be chaired by John Ngumi, chairman Industrial and Commercial Development Corporation–responsible for the management of the State’s investments in ports, rail and pipeline services.

“A moratorium is hereby placed on all PPAs not concluded as at the date of this notice, including any related letters of support and legal opinions pending issuance by the Attorney-General; and a moratorium is hereby placed on the renewal of any PPA whose renewal would occur during the pendency of the taskforce,” the notice made by Head of the Public Service, Joseph Kinyua, reads in part.

This, is however, with the exception of those that shall receive approval by the Kenya Power board for the purposes of renegotiation but, at all times, subject to ratification by the Cabinet Subcommittee on Kenya Power.

The taskforce will serve for a period of six months with effect from March 29, 2021, or for such longer period as may be specified by notice in the gazette.

It will undertake a comprehensive review and analysis of the terms of all PPAs entered into by Kenya Power, probe the compliance of the PPAs and all associated agreements with government policies, legislation and regulations and identify what appropriate actions should be taken, including the termination or renegotiation of the PPAs.

The taskforce will also review the sustainability and viability of all independent power generation projects that have been proposed, are under implementation, or in operation, and make appropriate recommendations.

This is likely to hit IPPs among them wealthy Kenyans who have invested in the sector, and benefit from costly power sales to Kenya Power.

They contribute to the country's high generating capacity of 2,800MW against a demand of 1,926.

The government has been keen to cut uptake of power from the IPPs with Energy CS Charles Keter in September 2019 saying expiring licenses would not be renewed, as focus shifted to renewable energy to help cut the cost of electricity in the country.

First on the line was Iberafrica Power Plant whose 56MW contract expired in October 2019.

Others facing a shut down are Tsavo Power’s (74MW) whose license expires this September and 60MW-Kipevu Diesel whose contract ends in July 2023.

Some IPPs have contracts running until 2032.

Thermal is most expensive at upwards of Sh20 per kilowatt hour compared to solar which is at a low of Sh3 per unit. Geothermal has a wholesale price of Sh8 per Kwh.

Despite the growth in production of cheaper power, including the 310 MW Lake Turkana Wind Power farm commissioned in June 2019, consumers continue to pay higher bills as Kenya Power chock under restrictive power purchase agreements with the IPPs.

The taskforce is expected to “develop a suitable strategy for engagement with the independent power producers and lenders, in order to achieve relief for electricity consumers and ensure the long-term viability and sustainability of the energy sector.”

It will also review the current methods for sourcing of independent power producers and recommend appropriate alternative sourcing frameworks, including energy auctions and recommend legislative, regulatory, policy or administrative interventions among others.

A report will be tabled before the President through the Cabinet sub-committee on Kenya Power, with the process involving stakeholders in the electrical energy sub-sector including industry players, large electricity consumers, associations and lobby groups, regulators and government agencies.