The authority has re-engineered business processes at the facility.

•The authority is also reaching out to cargo owners whose containers have not been cleared within the five days free period (for local). 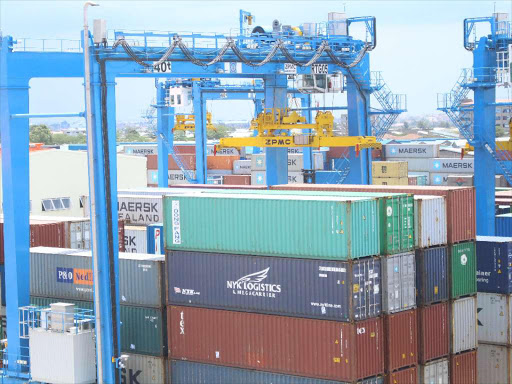 Containers at the Nairobi ICD /FILE

Weekly operations report for the period March 11-18 shows truck turn-around time for transit imports went down from 13hrs to 5hrs, while truck turn-around for local exports recorded a slight improvement from 1hr 58 minutes, to 1hr 47minutes.

Truck turn- around time is a Key Performance Indicator (KPI) that measures time taken by a truck per single transaction.

According to KPA's head of inland container depots Peter Masinde, the improved perfomance is as a result of the re- engineering of the business process, which has since seen the combination of two independent truck transactions (dropping export and picking import), with a new target of four hours.

Previously, a laden truck would be allowed entry into the depot to drop an empty or full export or an empty truck picking a full import container alone, and gate drive out.

These amounted to two transactions of two hours each, eliciting complaints from clients owing to long queuing of trucks.

He noted that truck turnaround operations is twofold; rail and yard operations which is fully under KPA while gate operations is a shared responsibility between the authority and the Kenya Revenue Authority.

There has been continuous inter-agency engagements to enhance efficiency in addition to discouraging truck drivers from leaving their trucks unattended to, especially at night and during the weekends.

In a statement on Tuesday evening, Masinde  also attributed the low container dwell-time to a revitalized customer service desk and marketing section which have intensified regular contacts with clients, whose containers have not been cleared within the five days free period (for local).

The depot reported a yard population of 4,820 TEUS with imports accounting for 3,581 which is equivalent to 73.84 percent.

The improved performance comes amid enhanced cargo handling capacity on the Standard Gauge Railways(SGR) which links the Port of Mombasa to the ICD-N and the Naivasha Inland Container Depot.

Last month, 23,040 TEUs–the approximate unit of measure of a container,were moved by the SGR freight service to both the Nairobi and Naivasha Inland Container Depots.

This is 28.2 per cent more than the 17,974 TEUs moved during the same month last year, a time when Covid-19 had not yet hit economies.

The best monthly performance however remains that of January when freight services hit a new record since operations started in January 2018.

During the month, 241 trains run from Mombasa delivering 24,256 TEUs to Nairobi and Naivasha ICDs.

SGR cargo uptake up 28% in February on improved efficiency