Parliamentary Budget and Appropriations Committee says move will put them on a sound economic footing.

•It wants Treasury to finalise the restructuring and privatization by end of financial year 2021/22. 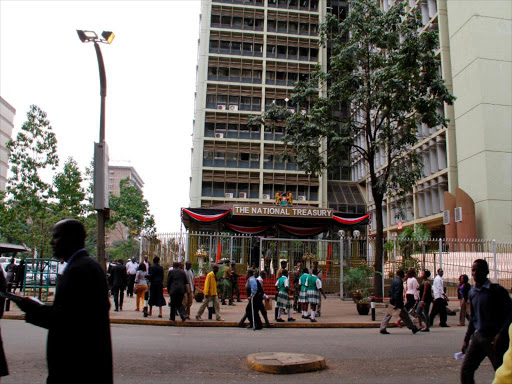 The National Treasury has been asked to finalise restructuring and sale of poorly performing state agencies by end of financial year 2021/22.

The Parliamentary Budget and Appropriations Committee said the move will put the agencies in 'economic footing', while cutting wastage of public funds in annual bail outs.

“The National Treasury should restructure State Owned Enterprises especially the highly indebted ones who are unable to meet their operational costs with a view to privatising some of them by end of Financial Year 2021/22, in order to put them on a sound economic footing,” the committee chaired by Kieni MP Kanini Kega says in its report on the 2021/22 Budget Policy Statement.

This means by June 30 next year, the CS Ukur Yatani led ministry should taken action on the poorly performing entities, which includes the 26 that were put up for sale after a nod from the Privitisation Commission in 2018.

Some of them have become a burden 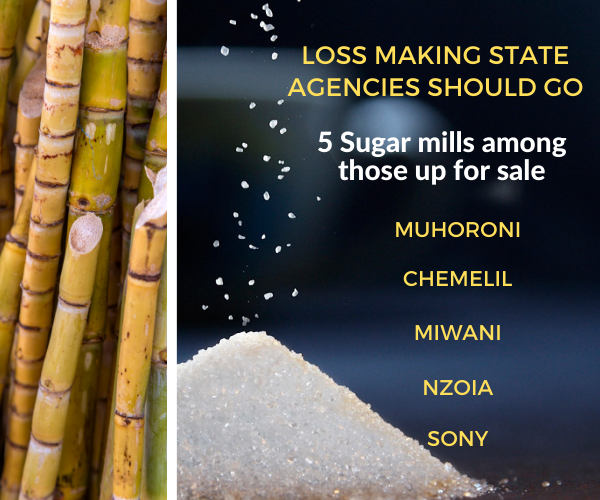 Others are Agrochemical and Food Corporation, Numerical Machining Complex, and Isolated Power stations.

A number of hotels including the Kenya Safari Lodges and Hotels Ltd have also been on the sale list.

Poor fiscal discipline and the emergence of coronavirus in the last quarter of 2020 saw over half government agencies sink into losses, some unable to meet their debt obligations.

According to a Consolidated National Government Investment Report for the year 2019/20, released by the National Treasury in November last year, 127 state agencies out of 247 reported losses in their end year results, with Kenya Railways Corporation hardest hit.

Other state firms that performed dismally during the year under review includes Kenya Broadcasting Corporation (KBC) Sh9.8 billion, the East Africa Portland Cement 3.4 billion, similar to that of Nzoia Sugar.

During the financial year to June 2020, the State paid debts on behalf of entities that are in distress and could not service some of the loans it guaranteed.

The sale of the loss-making sugar factories and some of the heavily indebted entities has been a headache in the past one year, as investors doubt returns on investment.

In January, Yatani said due to the privatisation challenges of the sugar companies over the years, it has been decided to proceed with their privatisation through a long-term lease model.

This involves the transfer of the Rights of Use (ROU) of each factory to the lessor for development and operation, with Yatani affirming that the government's privatisation programme remains on course.

About 26 poorly performing state corporations have been on the privatisation card to cut down government spending, mainly continued capital injection.

The CS said the government is keen to fold agencies that have remained on the bail-out list of the exchequer year-on-year, with those with duplicating roles being merged to reduce wastage of resources.

“Some of them have become a burden,” Yatani said when he appeared before the National Assembly Committee on Finance and Planning, chaired by Homa Bay Woman Representative Gladys Wanga.

Despite Yatani's next budget plan increasing to Sh2.968 trillion from the current financial year's Sh2.8 trillion, he plans to continue with austerity measures which could send more entities into mergers.

There will also be a major restructuring in agencies that have "serious governance issues''.

Some of the ministries with a high number of state agencies include agriculture, transport, tourism, energy, industrialisation, trade and enterprise development, and sports, culture and heritage, which could face a major rationalisation.

“The government has embarked on expenditure rationalisation and prioritisation to ensure that expenditures are on the most impactful programmes that yield the highest welfare benefits to Kenyans,” Yatani notes in the BPS.