This is not the first time IMF is pushing Kenya to heighten the tax regime for loans. 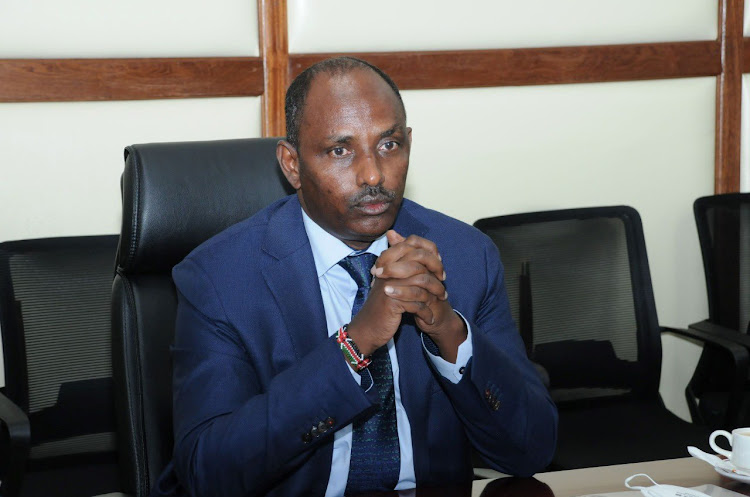 Kenya is expected to widen the tax bracket, freeze employment and put more civil servants on contracts as part of the conditions by IMF for its $2.4 billion (Sh261 billion) loan.

On Monday, the visiting staff of the international lender approved the 38-month program under the Extended Funds Facility (EFF) and Extended Credit Facility (ECF) arrangement for Kenya to help in the post Covid-19 economic recovery initiative.

In a statement after the meeting, the IMF's delegation praised Kenya for reversing some of the earlier extraordinary tax measures introduced at the outset of the Covid-19.

Kenya went back to the initial tax packages early this year after easing them to cushion households against the social-economic vagaries of Covid-19. 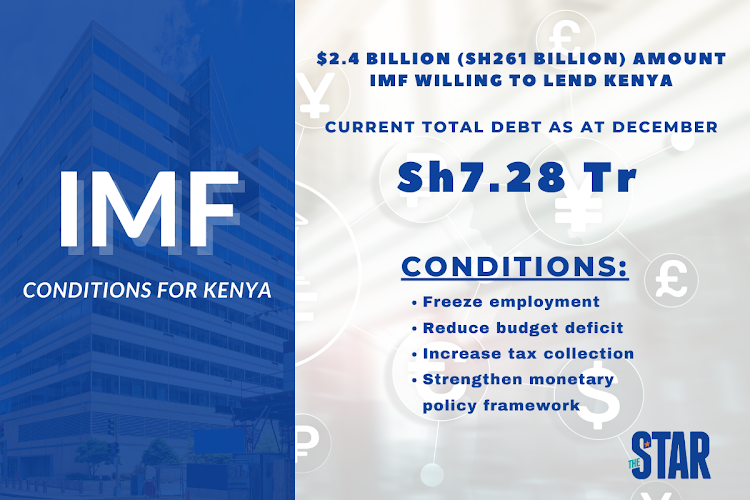 It reinstated Value Added Tax to 16 per cent after dropping it to 14 per cent. Pay as You Earn Tax for those earning above Sh24,000 went back to 30 per cent as well as corporate tax which had been lowered to 25 per cent.

Despite these measures, IMF wants Kenya to further widen its the tax streams going forward.

A private sector player who attended the IMF engagement forums held December 9 to 17, 2020, and from February 4 to 15, 2021 told the Star that the lender wants Kenya to review upwards its tax packages to boost revenue collection.

''The loan is pegged on tough tax conditions that will raise the cost of living for households. It is like the government is trading its citizens' lives for loans,'' he said, pleading to remain anonymous due to the sensitivity of the matter.

This is not the first time IMF is pushing Kenya to heighten the tax regime for loans.

In 2015, the lender pushed Kenya to introduce value-added tax (VAT) on petroleum products among other conditions in order to access a Sh63 billion credit line.

It also compelled Kenya to reintroduced capital gains tax after a three-decade break. The tax charged at the rate of five per cent of the difference between the selling price and the acquisition price less any transactional costs.

The National Treasury is yet to comment on the loan details, a day after IMF  cleared it.

Contracts will reduce the burden of pension which has been a big financial burden for the National Treasury.

The government has already introduced a contributory pension scheme for civil servants and teachers a shift from the fully state funded pension scheme.

Besides, Kenya has been told to tighten the fight against corruption and address weaknesses in some state-owned enterprises (SOEs) in an effort to strengthen transparency and accountability.

The new loan if approved by the IMF board will escalate the soaring public debt which stood at Sh7.28 trillion by the end of December, equivalent to 65.6 per cent of gross domestic product in nominal terms, according to government data.

This, despite the country struggling to repay, forcing the exchequer to negotiate debt relief avenues by creditors.