- The resort town of Malindi and Kilifi county in general will be the first to enjoy the services after Skyward Express chairman Captain Mohamed Abdi offered the first flight to Kilifi county officials including Governor Amason Kingi and his deputy Gideon Saburi.

- The private jet services are expected to attract high level clients including international ones like former American model Naomi Campbel who is fond of visiting Malindi and was recently made Kenya’s tourism band ambassador. 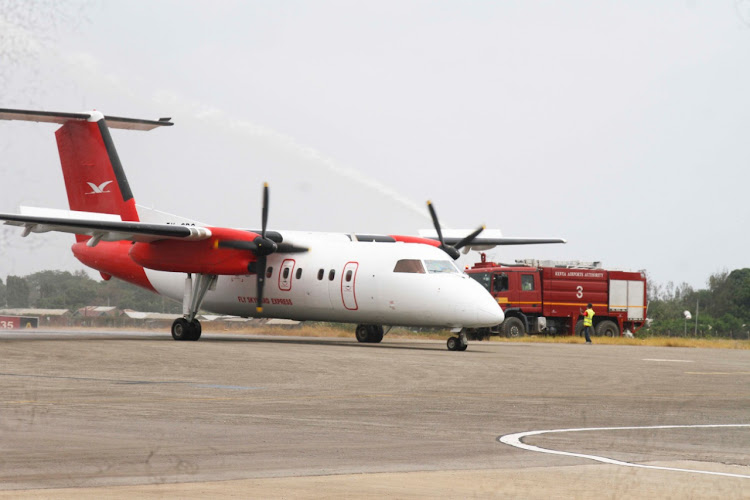 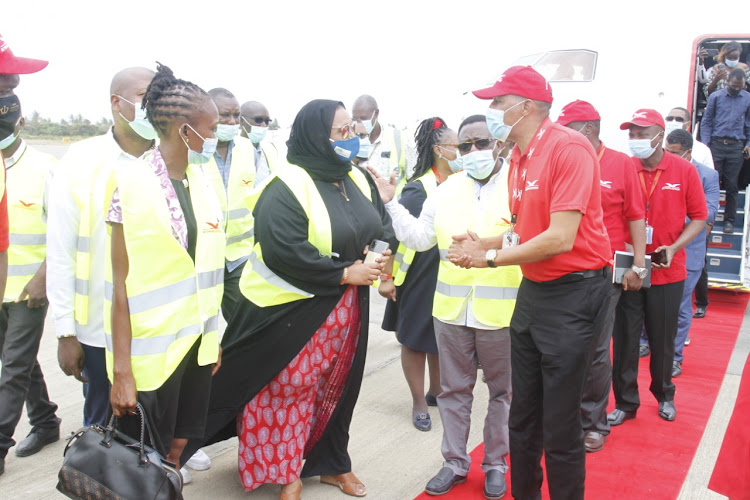 The resort town of Malindi and Kilifi county in general will be the first to enjoy the services after Skyward Express chairman Captain Mohamed Abdi offered the first flight to Kilifi county officials , including Governor Amason Kingi and his deputy Gideon Saburi.

“We are just awaiting registration from the Civil Aviation Authority,” said Captain Abdi.

The flights officially started on Thursday and will be daily.

This is the fifth airline to ply the increasingly lucrative route.

Others include Jambojet, Fly540, Safarilink and East African Air Safaris.

The company targets high level clients with the private jet services, with Malindi being a holiday destination for global icons such as supermodel Naomi Campbell, recently announced  as the international Magical Kenya Tourism Ambassador.

Campbell who is fond of visiting Malindi is expected to influence high-net-worth individuals to the resort town.

“The services will be offered professionally and to the client’s satisfaction because we bank on quality service,” said Captain Abdi.

Skywards Express is also targeting youth between 25 and 35 years of age in its commercial services, who it says are the most active individuals who are increasingly joining the middle-class group.

Flights between Nairobi and Malindi will extend to Lamu, taking one hour 10 minutes.

Captain Abdi said the flight will boost the tourism sector in Kilifi and the Coast in general, a move that was welcomed by Kilifi county deputy governor Gideon Saburi.

Saburi said the county government continues to make strides in selling the county as a tourism hub, positioning itself strategically as it aims to take advantage the reopening of the economy.

“The launch of the direct flights shows investor confidence in Kilifi, known for its vast tourism attraction sites including pristine beaches, historical sites like Gede Ruins, among others,” Saburi said.

Meanwhile, the county is rooting for direct international flights to the Malindi International Airport.

“The direct flights will enable us host visitors from across the globe and enhance our position as a tourism hub and in the process bolster trade and investment,” said Saburi.

The DG said the county is committed to supporting the recovery efforts in the tourism industry.

Direct flights also provide a medium through which investors rely upon to make investment decisions, he added.

“What we need as a region is to move away from the lament of marginalization to the actualization of our framework that drives the economic growth of this region,” said Omar.

He said all the six Coast counties are interdependent.

Kilifi, he said, needs to start packaging itself as a whole, as this also needs to be replicated in all the other four Coastal counties.

“There is really no product in Malindi that can be holistic...Beach alone is not exciting. People want a little bit more,” said Omar.

He said all the counties at the Coast must work together to package the region as one.

Currently, there is no flights between Mombasa and Malindi and Captain Abdi said they are considering introducing buses between the two counties so as to better connect the two as a package.

Skyward Express was founded in 2013 with only one aircraft and has been operating in Congo, Southern Sudan, Ethiopia, Somalia and other countries.

“Today we have 13 aircrafts. We’ve been doing scheduled flights since 2015. The first route we started was Nairobi-Eldoret,” said Captain Abdi.

Skywards also does cargo flights out of Nairobi to different parts of the region.

“We can also fly cargo directly from Malindi to Dubai,” said Abdi.

Abdi has lauded expansion of the Ukunda and Malindi airport runways , saying it will enable operators invest in bigger aircrafts both for passenger and cargo.

The Skyward Express expansion plans also include introducing flights to Voi once the airstrip in the area is completed.

The Kenya Airports Authority said it is determined to ensure airports are back to business as it continues to adapt to the new normal.

“Airline passenger volume declined by more than 90 per cent during the first wave of the pandemic,” said Karama.