•It sets the company's commission at 15 per cent flat rate, giving drivers a take away of 85 per cent.

•The move is likely to ignite a price was where some Apps are charging as high as 25%. 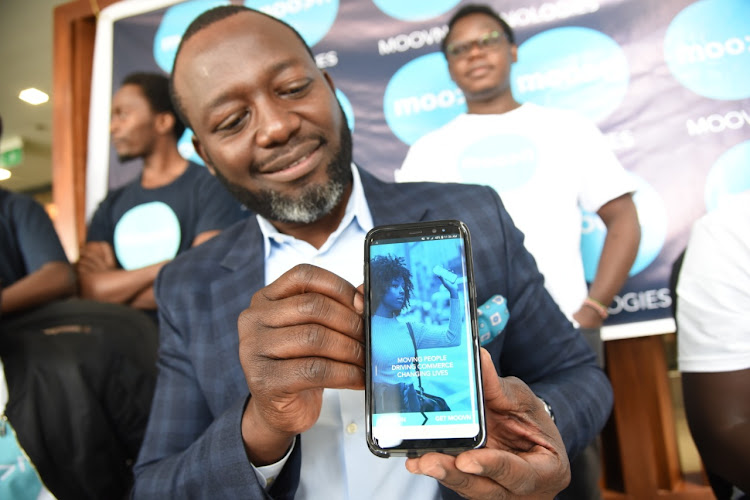 US founded tech firm–Moovn Technologies has launched in Kenya, venturing into the taxi-hailing and eCommerce space as it seeks to cement its position in the region's economic hub.

The 'MOOVN App' launched in Nairobi over the weekend sets the company's commission at 15 per cent flat rate, giving drivers a take away of 85 per cent, a move that could see a shift in the current market where drivers have been decrying low earnings.

The commission charged on rides is lower compared to other major players n the market, signaling a price war that could see major players revise their pricing.

Currently, Uber charges partners 25 per cent fee on all fares while apps like Taxify and Little Cab charge 15 to 25 per cent commission from the final price per order.

MOOVN allows users to hail a ride immediately or pre-schedule one for a period of up to two weeks.

It also allows drivers paid by credit or debit card to cash-out their share immediately, unlike the current trend where they have to wait for up to two weeks before receiving payment.

“ At MOOVN, the operating philosophy is centered on one key focus, commitment to taking care of our partners by putting them first. We are excited to launch our services and become the new way to get around Nairobi,” founder and CEO Godwin Gabriel said during the launch in Nairobi.

Apart from cars, the App which went live over the weekend also has options for motorcycles and tricycles ( TukTuks).

“Our app is loaded with tons of features and value-added products that will benefit both our drivers and customers,” Gabriel said.

It is currently in operation in seven states in the US. In Africa, the App is launching in Tanzania and Zambia.

Nairobi will be the host in managing the App, where the company has incorporated Kenyan engineers.

“MOOVN is truly African and truly global; made and maintained in Kenya by Kenyan engineers to power the world from Africa to the Western countries and the Americas,”Gabriel said.

The company targets to roll out in the South and West African markets in the short-term.