•Talks have also been in place to privatize the Kenya Meat Commission, Development Bank of Kenya and five sugar millers—Chemelil, Sony, Nzoia, Miwani and Muhoroni.

•These are among 26 poorly performing state corporations which have been targeted by the Privatisation Commission, which has approved their sale. 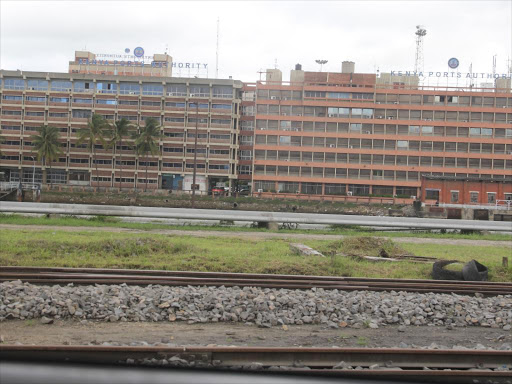 The Kenya Pipeline Company and Kenya Ports Authority are prime for listing at the Nairobi Securities Exchange, according to the Capita Markets Auhority.

The regulator yesterday described the two as 'high quality' entities that could help deepen the country's capital markets which has faced a listing dry spell for close to 12 years.

“We have considered high quality. Once they (KPA and KPC) deal with corporate governance issues and comply with the regulations, they can be able to list and add value to the market,” CMA's director, regulatory policy and strategy, Luke Ombara,said.

The two are among major state agencies with strong financial books, making them ideal for listing and a boost to the capital markets, according to CMA.

Their operations  were recently brought together under the Kenya Transport and Logistics Network, which also includes Kenya Railways Corporation (KRC).

They are to be coordinated by the Industrial and Commercial Development Corporation (ICDC).

Listing at the NSE through an  Initial Public Offer (IPO) allow the public and private sector to buy shares in the agencies, with the government expected to retain majority shareholding.

Talks have also been in place to privatize the Kenya Meat Commission, Development Bank of Kenya and Chemelil, Sony, Nzoia, Miwani and Muhoroni sugar mills.

These are among 26 poorly performing state corporations which have been targeted by the Privatisation Commission, which has approved their sale to cut down government spending, mainly year-on-year bail outs (capital injection).

CMA is keen to have the top corporations listed, while it pushes for more offerings by well performing companies among them Safaricom and KenGen, to deepen local investors' turnover at the Nairobi bourse.

This way, the regulator says it will secure the country's capital market in instances of foreign investor flight, which has nevertheless improved in the third quarter despite Covid-19 effects on the market.

The Q3 data released by the regulator yesterday shows net foreign portfolio outflow was at Sh4.5 billion an improvement from Sh10.3 billion in Q2, 2020 (April-June), as investors sought to put their monies elsewhere in the wake of unpredictability occasioned by Covid-19.

Panic trading intensified in April and May
Business
2 years ago

According to CMA, estimates for the month of September suggest this trend is likely to continue.

Local investors however control majority (81.2 per cent) of the total share quantity at the NSE, compared to the foreign investors' 17.7 per cent, the Central Depository and Settlement Corporation (CDSC) September data shows.

“We still have an outflow but foreign investors have confidence in our market,” Ombara said, during the release of the Q3 Capital Markets Soundness Report.

Listing of key state corporations will be a major boost to the country's capital markets, currently with a market capitalisation of about Sh2.1 trillion.

The telecommunication and banking sectors remain dominant by size in the market, with Safaricom Plc accounting for 55.79 per cent of the total market cap.

NSE and CMA have been keen to revitalise the bourse after a bear run last year, occasioned by a capital flight by foreign investors on the strengthening of the US Wall Street at the back of wobbling domestic market.

The last time Kenya witnessed a major offering was in May 2008 when Safaricom went public, attracting more than 860,000 applicants in one of East Africa’s biggest market activity that was oversubscribed by 532 per cent.

Other memorable offerings were KenGen, Co-operative Bank and Britam, all falling between 2006 and 2011 when the market recorded about eight key IPOs.

NSE has been counting on the 'Ibuka' programme launched on December 17, to attract more listings.

The  incubation and acceleration programme has been targeting small and medium sized entities , where it grows the visibility, brand recognition and business opportunities for the companies.

Meanwhile on the back of the current coronavirus pandemic, many investors have opted to diversify into alternative investment classes that would protect the value erosion that is currently being experienced in the plain vanilla investments such as equities.

The REITs market saw increased turnover during the quarter, recording a REIT turnover value of Sh33.31 million, a 32.45 per cent increase compared to Sh25.15 million recorded in Q2 (April – June ) 2020, CMA notes in its report.

“The covid 19 environment called for diversification of investments amongst investors leading to increased investments in the listed REIT,” it notes.

Post a comment
WATCH: The latest videos from the Star
by MARTIN MWITA Business Writer
Kenya
28 October 2020 - 04:00
Read The E-Paper