Upmarket estates said to be losing tenants to cheaper residential

• Roysambu, Kasarani, Zimmerman, Kahawa West and Githurai remain among the preferred residential areas, with rents in these estates considered cheaper.

• This is compared to residentials along Ngong Road, upper mid-end markets such as Kilimani and Kileleshwa, which have recorded negative price depreciation in recent times. 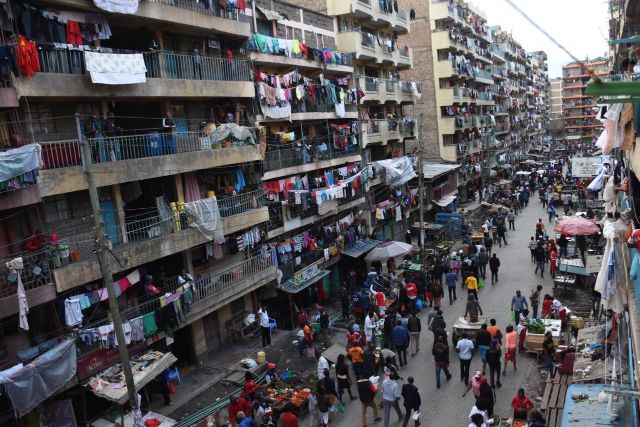 This development is in the wake of Covid-19 that has ravaged the economy leading to job losses and pay cuts, forcing households to adjust their expenditure, including rent.

Roysambu, Kasarani, Zimmerman, Kahawa West and Githurai are among the most preferred residential areas, industry players say. Rents in these estates are considered affordable.

This is compared to residentials along Ngong Road, upper mid-end markets such as Kilimani and Kileleshwa, which have recorded price depreciation in recent times.

Satelite towns such as Ruiru, Kitengela and Kiambu are also attracting seekers of affordable rent, with people moving from high-end and costly houses in city estates.

“People are moving out of Nairobi. There is a lot of movement to Athi River, Ruiru, Juja, Kiambu, and as far as Thika. These areas have an upsurge in demand,” The Kenya Property Developers Association KPDA chairman Gikonyo Gitonga told the Star.

Antony Mbugua who offers moving services in Nairobi noted most of his clients are seeking houses along Thika Road.

“We have been moving clients from areas such as Kileleshwa to Thika Road with others moving to Ngong Road from high-end estates,” he told the Star.

Dagoretti, Thindigua and other lower mid-end markets also remain in demand, having recorded a price appreciation of 3.1 per cent and 1.2 per cent, respectively, in recent times, according to the Architectural Association of Kenya.

Prime residential rents and sale prices in Nairobi continued a decline in the first half of 2020 due to unfavourable economic climate, continued oversupply of residential developments, low liquidity and exit of expatriates, who are the main target market for this niche sector.

The majority have been returning to their home countries due to the pandemic, a survey by Knight Frank indicates.

“Prime residential rents also declined over the review period by 6.55 per cent compared to 1.67 per cent over a similar period in 2019, taking the annual decline to 7.62 per cent in the year to June,” Anthony Havelock, head of the agency said.

In what implies city residents are vacating expensive houses, Kenyans took to twitter.

@Njoki: “I just learned that many apartments in Kileleshwa and Kilimanjaro are actually empty... Owners buy curtains to create the illusion of almost fully occupied for rent controlling.”

@NgashTheArtist says: “There is a woman who’s [sic] work is to come hang a few clothes in a few houses and keeps rotating them every few days.”

@MrJemedar says: “Caretaker anatumwa kuwasha (sent to switch on) sitting room lights.” in a manner to show the houses are occupied while they are empty.