Clearance for truckers said to be taking more than a week, subjecting goods to delays.

•Currently, ordinary citizens entering into Kenya from Tanzania are allowed to proceed once they produce a Covid-19 certificate.

•Truck drivers however are subjected to both production of the certificate from Tanzania and also another testing at the border point and allowed in only after the results are out. 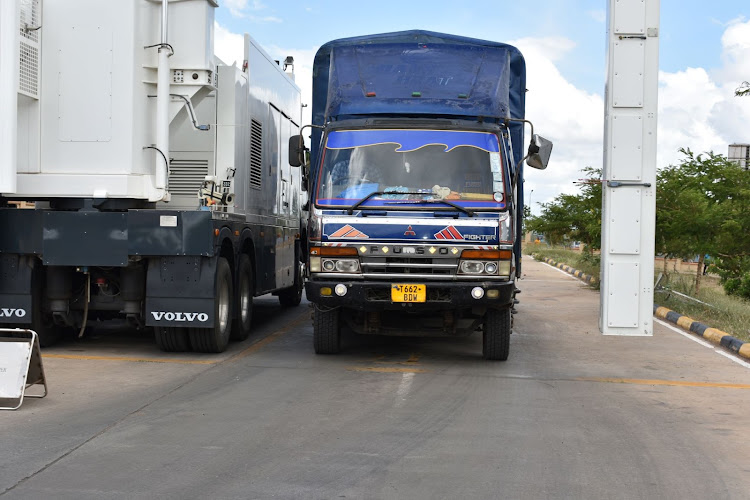 PRECAUTION: A Tanzanian truck being screened at the Kenya-Tanzania border of Namanga /
Image: KURGAT MARINDANY

The East African Business Council (EABC) is seeking equal treatment of all those entering Kenya from Tanzania, irrespective of whether they are truck drivers or ordinary citizens.

Currently, ordinary citizens from Tanzania are allowed to proceed once they produce a Covid-19 certificate.

Truck drivers are however subjected however have to produce the certificate from Tanzania and still undergo another testing at the border point and are only allowed in after the results are out, EABC complained yesterday.

TZ says drivers with certified corona test certs are forced to be tested before crossing.
News
1 year ago

The process according to Tanzania immigration officials and truck drivers takes more than a week delaying delivery of goods.

EABC chief executive Peter Mathuki has also called for the strengthening of public-private partnerships between Kenya and Tanzania to boost bilateral trade.

He was speaking during a mission led by Kenya's East African Community and Regional Development Principal Secretary Kevit Desai, to the Namanga border.

The team sought to establish the capacity of aflatoxin surveillance while  also witnessing the testing and issuance of Covid-19 certificates.

In March-July 2019, the value of Kenya’s exports to Tanzania stood at approximately $336 million(Sh36.4 billion) while imports stood at $275 million (Sh29.8 billion)-Central Bank of Kenya data.

The team also visited the proposed site for construction of an integrated cross-border Market at Namanga.

The market that will sit on 200 acre land  parcel will be built by the ministry (East Africa Community and Regional Development) in collaboration with the Kajiado County government.

“The market is set to enhance trade between Kenya and Tanzania, promote value addition, spur economic growth and ensure standards and quality assurance or goods traded between the two countries,”EABC said.