This is under the new Kenya Transport and Logistics Network

•Kenya Railways commenced the use of the Kisumu Port last December when it shipped a consignment of 22 wagons loaded with 894,000 litres of diesel-exports to Uganda.

•The port is connected to the Kenya Pipeline Kisumu depot and Kenya Cereals Board facility by rail. 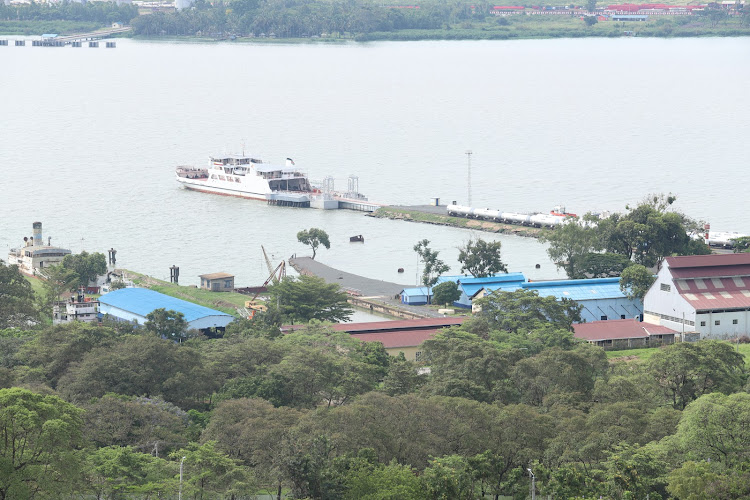 Kenya Railways will operate the  Sh700 million refurbished Kisumu Port, the Star has established, ahead of its commissioning by President Uhuru Kenyatta later this month.

This is among major operational changes coming with the merger of Kenya Ports Authority, Kenya Pipeline and the Kenya Railways Corporation, into the Kenya Transport and Logistics Network (KTLN), coordinated by the Industrial and Commercial Development Corporation (ICDC).

The three entities signed a working framework in Mombasa on Tuesday, at an event overseen by National Treasury CS Ukur Yatani.

Sources familiar with the changes told the Star the port is predominantly used by Kenya Railways and Kenya Pipeline to transport oil consignments, hence the decision to hive it from KPA’s mandate.

“There is not a lot of cargo handling. Most of what is currently moving at the facility are oil consignments which are in wagons moved by rail. KPA has a lot other things to do at the main Mombasa Port and ICDs (Inland Container Depots),” the source said.

Established in January 1978 under an Act of Parliament, KPA is mandated to manage and operate the Port of Mombasa and all scheduled seaports along Kenya's coastline that include Lamu, Malindi, Kilifi, Mtwapa, Kiunga, Shimoni, Funzi and Vanga.

In addition, the authority manages inland waterways as well as ICDs at Embakasi(Nairobi) and the new Naivasha ICD. Previous ICDs in Eldoret and Kisumu were also under its mandate.

The National Treasury is however in the process of reviewing legal and policy frameworks in order to ensure full implementation of KTLN.

According to Yatani, other agreements, including the Operational Level Agreements and other sub-agreements and structures to implement the framework agreement, will be concluded within 60 days.

Kenya Railways commenced the use of the Kisumu Port last December when it shipped a consignment of 22 wagons loaded with 894,000 litres of diesel-exports to Uganda.

22 wagons loaded with 894,000 litres of diesel sailed off from the Kisumu Port on December 21.
Business
2 years ago

MV Uhuru, the main Kenyan vessel operating at Lake Victoris, has so far done about 17 commercial trips to Port Belt and Jinja since December, transporting more than 17,000 million litres of fuel.

Rehabilitation works are ongoing on the 217-kilometre Nakuru-Kisumu railway track at a cost of Sh3.8 billion  and is expected to be completed in the next eight months.

The investment in the port, jetty and rail facilities in Kisumu are part of the government’s plans to revive lake bound trade, which connects Kenya to the East Africa region, mainly Uganda and Tanzania.

On Tuesday, Yatani said an integrated and seamless approach of operational integration will improve efficiency and position Kenya as Africa’s leading logistics hub

“The country will reap the benefits of created synergies through increased efficiency, lower cost of doing business and hence competitiveness of our products and services, and generally higher returns on the infrastructural investment,” Yatani said.

The railways boss Philip Mainga has however remained tight lipped over the facility's future operation by his entity.

“I cannot talk about the merger at the moment. It is beyond me,” the managing director told the Star on phone.

KPA is expected to handle containerised and conventional cargo in the near future when demand for services at the Kisumu facility increases.

Quayside is an area along the banks of a water body while a linkspan is a type of drawbridge used mainly in the operation of moving vehicles on and off a vessel.

Engineers have also created a new rail link between the port and the Kenya Pipeline's 45 million litre-capacity Kisumu depot, for ferrying fuel from the facility to the linkspan for loading.

It is also linked to the National Cereals and Produce Board depot for the evacuation and depositing of grains.

A well coordinated water transport is expected to support bulk exportation of fuel which will reduce heavy traffic on the roads where tankers are predominantly used to move fuel into Uganda.

On average Uganda imports 85 million litres of fuel with demand growing at 7 per cent per annum.

KPC is now counting on the port and the Sh1.7 billion Kisumu Oil Jetty (KOJ) to increase it exports to the lead market, where it has in recent times lost about 20 per cent of its business to Tanzania which exports through the Central Corridor.