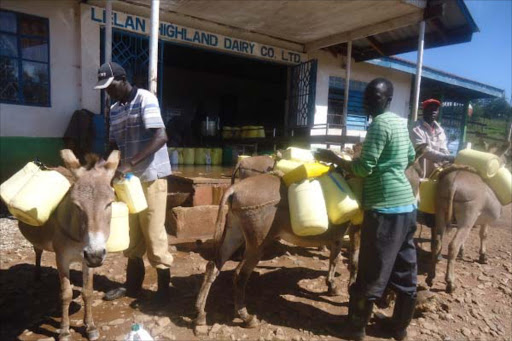 The government will be involved in setting the producer price of milk if proposals in a new bill are passed bt Parliament.

Currently, the price of raw milk is solely left to producers who decide what to pay depending on supply and demand.

The Dairy Industry Act (Pricing of Raw Milk) regulations developed by the Ministry of Agriculture, Livestock, and Fisheries is meant to establish a pricing mechanism for dairy products.

It empowers the Agriculture, Livestock and Fisheries Cabinet Secretary to prescribe minimum raw milk prices as well as the Kenya Dairy Board to audit farmers' and buyers' financial records.

“The Cabinet Secretary on the advice of the board may from time to time-based on different seasons or circumstances prescribe minimum prices be paid to primary producers by a purchaser of raw milk through an order published in the gazette,” the proposal says.

It further states: “The objects of these regulations are to ensure minimum price made to the primary producer (farmer) by a purchaser of raw milk.”

The government says that the new regulations are meant to protect the investment interests of both buyers and sellers of raw milk.

It adds that the selling price will be determined by incorporating the values for cost of production, profit margin, transport cost, cost of chilling, compensation for quality and statutory deductions.

Milk aggregators or purchasers will be required to keep up to date records of milk purchases from primary producers or aggregators.

"A purchaser of raw milk shall make full disclosure of the payout terms to the primary producer including the payout conditions, terms of purchase and amount paid out for a kilogram or any quantity of raw milk purchased," says the bill.

Those who fail to comply with the law and the new regulations will pay a ten thousand shillings fine or face a two-year jail term.

“A purchaser who contravenes any provisions of this regulation and is convicted for a second instance shall have their licenses revoked by the board,” the new bill says.