Desai said Namanga OSBP plays an essential role in the promotion of the EAC integration process. 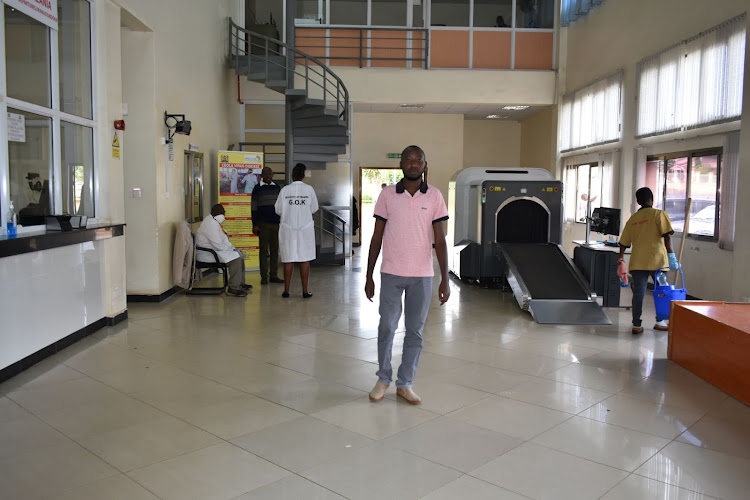 Activities at Namanga’s One-Stop Border Post (OSBP) are grinding to a halt as Kenya and Tanzania report increased cases of COVID-19.

The busy OSBP that records a high number of human activity on the Kenya and Tanzania sides of the border town witnessed a significant drop to a handful of people on Wednesday evening.

Other than human activity, trading between Kenya and Tanzania which averages Sh38 billion has also been affected.

This follows Monday's announcement by President Uhuru Kenyatta that borders with COVID-19 affected countries had been closed.

Speaking after a consultative meeting with border regulatory agencies in Namanga on Wednesday, Desai said he is aware of the current situation regarding the lock-down in many countries in view of the COVID-19 pandemic.

“I know it is a contagious disease that requires concerted efforts by all of us. Please adhere to government directives as you continue promoting the long-cherished relations between Kenya and Tanzania,” said Desai.

He said the government in collaboration with the EAC has prioritised modernisation of border points among other initiatives.

“The objective is to improve on efficiency, cut costs and promote regional trade,” said Desai.

Desai said Namanga OSBP is key in the EAC integration, which cannot be fully achieved without the cooperation and collaboration with border agencies and host counties.

“It used to take us one hour to do so, but with modern equipment, that work now takes three minutes to clear a truck carrying goods to Nairobi,” said Serem.

The PS later met with traders in Namanga and to listen to their concerns after the government closed the Kenya/Tanzania border.

Most said they are soon closing shop after tourists stopped crossing the border after the coronavirus hit the country.

Alice Nanana, said most of her members who trade in beads by-products have been hard hit by the drop in the number of tourists.