Safeboda riders complain on low returns from the app

•The riders say that the offers are making the business hard for them as they get low returns.

•Safeboda was founded in 2015 in Kampala, Uganda to bring innovation, safety and community to the rapidly growing motorcycle taxi industry in Africa. 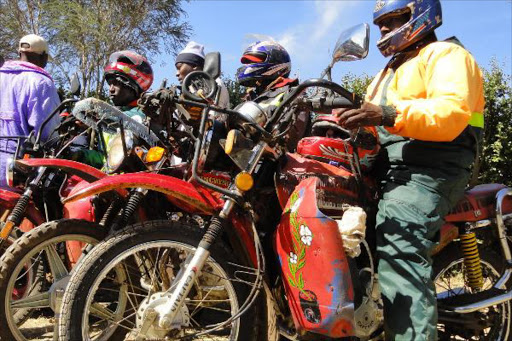 Safeboda users are facing difficulty travelling in Nairobi following a 'blackout, by the app’s riders.

The riders have been cancelling requests in the past two months to protest the low pricing of the rides which they feel is eating into most of their profits.

“With prices slashed by over 40 per cent you can now get around Nairobi with SafeBoda for as little as 60 bob!!” read a post on the firm’s app.

The riders say that the offers are making business hard for them as they get low returns.

“Normally a trip from Westlands to Kilimani is around Sh 150-200 but the app has been charging the customers between Sh 80-100,” said a Safeboda rider in Westlands requsted that his identity be withheld.

Other taxi hailing apps such as Uber and Bolt (formerly Taxify) are charging between 190- 250 for the same route.

With increased traffic and congestion in the cities, people are opting to use bodabodas to commute from one place to another due to their convenience.

Safeboda was founded in 2015 in Kampala, Uganda to bring innovation, safety and community to the rapidly growing motorcycle taxi industry in Africa.Therefore, they are feeling the pinch when the rider cancels the trip

“My Safeboda orders have been canceled more from Westlands to Kilimani more than thrice this past week as the riders cite they are not using the app for the ‘boda’ job” said Andrew, who works in Kilimani.

They want the rates reviewed to enable them go back to business.

Motorcycles have in recent years emerged as a significant employment avenue for young people in both urban and rural areas who are otherwise unable to find other jobs.

Safeboda was founded in 2015 in Kampala, Uganda to bring innovation, safety and community to the rapidly growing motorcycle taxi industry in Africa.

It has been serving 300,000 plus customers every month in Kenya and Uganda.