Avocado exports to China to suffer from Coronavirus breakout

•Envoy says Kenyan nationals in China are better off there for easy monitoring instead of travelling back home. 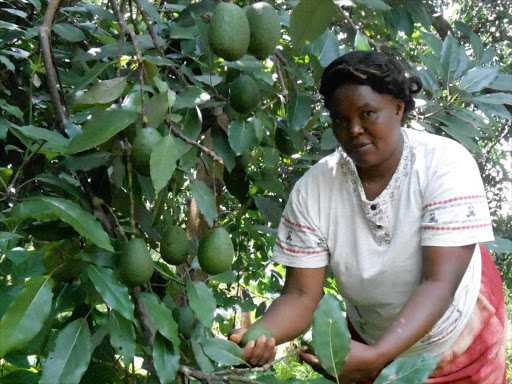 The growing Kenya-China trade could suffer because of the coronavirus, Chinese Ambassador Wu Peng said yesterday.

The Chinese envoy said the trade deficit between the two countries had improved with increased exports from Kenya but this could be jolted.

He said he had personally negotiated for a reduction in tariffs levied on Kenyan frozen avocado exports from 30 per cent to 10 per cent starting this year and the volumes had started picking up.

Wu said China's economy has also been hit following the outbreak, but was optimistic that it would recover.

He said Kenyan traders who source their merchandise from the country should not be in a hurry to travel there until the situation is fully contained.

"Instead they can use E-Commerce platforms to place their orders which can be shipped or airfreighted to Kenya," he said.

Wu said Chinese nationals travelling back to their work stations in Kenya must undergo a 14-day self-quarantine upon entry.

He said this is part of the measures being taken to ensure the Coronavirus is contained, saying that so far no case has been reported in Kenya or any other African country.

The ambassador said as of Thursday, data from the National Health Commission indicated 59,884  cases of Coronavirus had been diagnosed in China.

The virus has so far killed 1,368 people in the country while 600 people have been cured.

Wu said the embassy is monitoring all Chinese nationals working in Kenya who had travelled back home.

"I personally check daily with specific Chinese state corporations and big companies to follow up on this," he said.

He said the entrants are also monitored through informal Chinese associations in Kenya.

For ordinary Chinese travellers, he said they are working closely with the Kenya's health ministry to ensure they are monitored.

Wu said Kenyan students or any residents currently in China are better off there.

He said this would ease the ways of monitoring , control and medication to ensure the spread of the coronavirus is contained.

"This does not only apply to Kenyans, but it is easier to manage the spread of the virus if those in China stay put," he said.

Wu said a World Health Organisation evaluation has established that all foreigners, including Kenyans in China are so far safe.

The envoy said the country has allocated 67 billion Yuan(Sh964.7 billion) to tackle the virus with 20 tonnes of medicine delivered each hour.

"The good news is that the newly reported cases have been on the decline since February 12," Wu said.

Post a comment
WATCH: The latest videos from the Star
by FRANCIS OPENDA Business Editor
Kenya
14 February 2020 - 04:00
Read The E-Paper