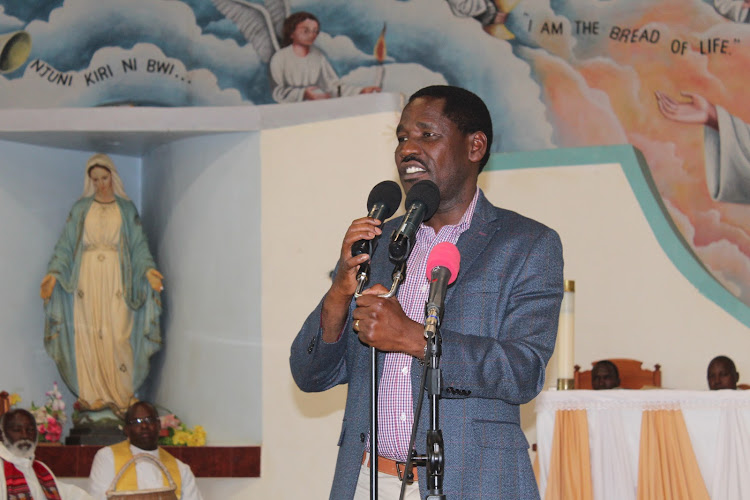 Trade and Industry cabinet secretary Peter Munya is fighting a court and boardroom battle to oust a business partner from the ownership of a macadamia factory  in  Meru.

Munya and his allies Joel Kinyua Imitira and Charles Mutua on October 24 are said to have held a board meeting at the La Mada Hotel in Nairobi in which they approved a proposal to remove Thilange Acquilino from the board of Meru Equatorial Nuts Limited.

They were all former close allies but Acquilino has since fallen out with Munya and is now allied to Meru governor Kiraitu Murungi.

The meeting was held a day after Acquilino -who was also in attendance failed to stop his removal through a court injunction at the Meru high court.

Lady Justice Anne Ong'injo rejected Aquilino's application through lawyer Charles Musyesya to stop his removal pending the hearing and conclusion of a case he had filed.

The judge instead asked the director to use provisions in the Companies Act to remedy the fallout at the Meru Equatorial Nuts board.

She also criticised the director for rushing to court at the last minute when they had almost a month since being served with a notice of removal.

Aquilino later filed a notice of objection to the removal with the registrar of companies to prevent the expunging of his name from the company's file.

The case returns to court on November 25.

Acquilino claims in his petition that the respondents called a board meeting  with an agenda of removing him as a director without offering him any reasons for the same.

“The intended removal is malicious, in bad faith and unprocedural and should be stopped on various grounds,” he has claimed in court papers.

He cites failure in the notice calling for the meeting to inform him of his right to submit his representations to the Company within a period of 21 days as required under section 141(4) of the Companies Act, 2015.

He has claimed that the intention to remove him as a director is motivated by personal differences and is intended for the sole purpose of applying for a loan which he does not approve since it was done in secrecy.

The Applicant has filed the urgent application as a minority shareholder whose grievance is that the Trade CS and other directors have conducted the affairs of the Company in an oppressive manner while excluding a fellow director.

He claims to have been excluded from the affairs and management of Equatorial Nuts Limited through failure to be invited to board meetings, refusal of entry into the company’s premises, failure to pay him any dividends and application of company loans without his approval.

His other allegation is that the removal is due to a fallout between him and the other directors after he blocked their attempts to acquire loans from a government agency and a local commercial bank.

He claims that he frustrated the two attempts by declaring he had not been consulted when he was contacted by the Kenya Industrial Institute (KIE) and the local commercial bank.

The other directors had allegedly sought a US$50,000 loan from the commercial bank but do not specify how much they had tried to get from the KIE.

But Munya and the other directors who are represented by lawyer Thuranira Atheru and Okongo Omogeni in a replying affidavit allege that Thilange is blacklisted by the Credit Reference Bureau which is preventing the company from borrowing to expand its business.

The respondent’s claim Thilange has consistently been invited to company meetings but failed to attend without apology.

Munya and the others also refute the applicant's claim that they borrowed and used funds for any other purpose but the company's objectives.

"The petitioner has on several occasions breached his duty and his trust as a director of the Company, for instance, requesting the Company Licenses to be suspended as the company was not operational for over Six Months," the respondents claim in an affidavit filed on their behalf by Charles Mutuah.