• Trade CS Peter Munya said the policy would be suspended for one year because it had not gone through public participation and approval by the Parliament. 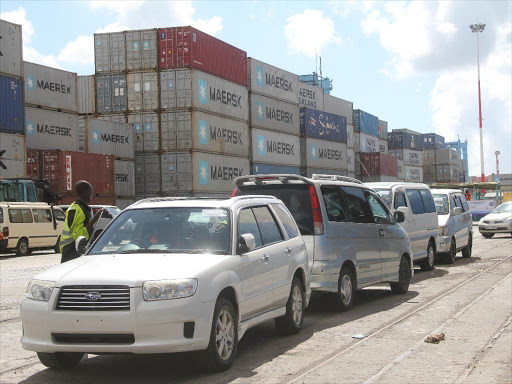 The drive to push the second-hand car import age limit to five years will delay following lack of public participation in setting the rule.

During a sitting with the National Assembly Trade committee on Tuesday, Trade CS Peter Munya said the policy would be put on hold for one year because it had not gone through public participation and approval by the parliament.

The ministry had set a cap to the age limit of imported cars engine capacity of above 1500cc to five years from eight years as directed in the draft national automotive policy.

This means the policy implementation will be postponed from July 1 when it was supposed to take effect.

Second-hand car dealers, Kenya Auto Bazaar Association chairman John Kipchumba said the ministry should have given the importers at least five years to re-shift in the market following the introduction of the policy.

“We welcome the suspension as the decision could have affected Kenyans looking to buy fairly priced cars and also our source of revenue,” Kipchumba said.

He maintained that the industry was not consulted, claiming it was only a protection tool for certain players in the market.

“The draft is null and void. It should have first been developed with good intentions instead of an ambush,” he added.

He also said that all stakeholders need to considered appropriately before the next declaration for effect.

Speaking to a local media on positioning the policy, state department for investment and industry PS Betty Maina said the policy will boost entry of brand manufactures in the country and setting up of manufacturing points.

“We look at a policy that will enable global manufactures set up assemblies in Kenya. Importers of used cars can shift to be dealers of the new cars made in Kenya or pre-ordered cars originally made in the country,” Maina said.

“We don't expect loss of jobs as alleged by dealers. The locally assembled motors will serve as a new market,” she added.

Kenya still remains a large importer of both new and used cars with the expenditure in road motor vehicles rising to Sh92.58 billion in 2018.

Similarly, expenditure on motor vehicle parts and accessories rose by 12.05 per cent to Sh10.10 billion from Sh9.01 billion.

Value of rubber tyres and tubes imports also increased by 16.0 per cent to Sh16.27 billion formSh14.02 billion over the same period.

According to Maina, the push to pass the regulations aimed at growing the industrial base and Kenay play big role in the supply chain of the motors.