Across the globe, the transition to a cashless society has been a central discourse for over a decade.

•According to figures from the UK banking and financial services sector, debit card payments overtook cash payments for the first time in the United Kingdom in June 2018.

•Across the globe, the transition to a cashless society has been a central discourse for over a decade. 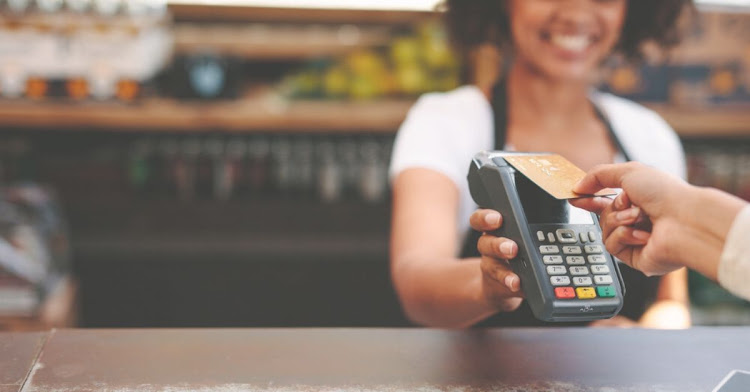 Over the past five years, two unrelated financial announcements have been made. First, Deutsche Bank's immediate former chief executive officer, John Cryan, while speaking during the 2017 World Economic Forum in Davos, predicted that cash probably wouldn't exist in ten years.

In the second incident, Absa South Africa, in November 2020, announced that as of December 31, 2020, they will no longer issue encash or deposit cheques. In their discontinuation of cheques as a payment method, Absa, one of Africa's leading financial groups, claimed high incidences of fraud and theft related to cheques, coupled with South Africans opting for the convenience and safety of digital payments over the past years.

Other South African Banks have since announced the death knell for cheque transactions.

While these two announcements are unrelated and made years apart, they point to an emerging trend — the great transition to a cashless society and the rise of digital payment.

Across the globe, the transition to a cashless society has been a central discourse for over a decade. Driven by the ever-changing consumer behaviour and through policies and initiatives that limit cash usage and encourage most transactions to be made via electronic payments, online payment has remained topical.

According to figures from the UK banking and financial services sector, debit card payments overtook cash payments for the first time in the United Kingdom in June 2018. This follows a similar trend in Sweden, where 60 per cent of consumer transactions are non-cash methods.

When we look East, India has taken a more direct move towards a cashless society. In 2016, Prime Minister Narendra Modi removed 86 per cent of his country's currency from circulation by announcing that all 500 rupee and 1,000-rupee notes would be taken out of circulation. The sudden demonetization process was justified as a bid to curb tax evasion corruption and shut down what the Modi administration called the 'black money' economy.

Several other countries, notably Canada, France, China, and Australia, are also increasingly adopting non-cash payments and technology – leading some experts to predict that 'cashless societies' may exist before the end of this decade.

Although cash still reigns supreme in the vast majority of African countries, it may be phased out sooner rather than later. With the pandemic, the transition to a cashless society appears to be gaining momentum in the continent.

At the outset of the pandemic, central banks and banks across Africa took appropriate precautionary steps to limit Coronavirus transmission via notes and coins. Besides disinfecting the notes, the financial sector made various public sensitization campaigns to encourage electronic payments.

In Kenya, banks zero-rated bank to mobile and mobile to bank transactions to increase the usage of digital channels instead of cash to reduce the risk of transmitting the virus.

Retailers have also made concerted efforts in various sectors to encourage online transactions. Merchants have adjusted to this trend by providing contactless terminals or QR-codes in-store, exclusively selling online, or a combination of both.

In essence, the pandemic brought about a massive shift to digital transactions and payments — one that is unlikely to wane even with the economies' phased reopening and an increasing number of people feeling comfortable returning to in-person transactions.

It's widely predicted that long when Covid-19 will no longer be in the news, consumers will still demand the ease, speed, and security of digital payments.

Interestingly, online payments have also opened up new possibilities for faster, seamless, and easy transactions for corporates and the government.

Cash management can be very painful and expensive, depending on the nature of the business. For traders in restaurants, petrol stations, and even entertainment spots like nightclubs, the cost of handling cash can be tasking, coupled with an inventory management nightmare.

On the other hand, financial institutions are distinctly interested in increasing the share of cashless transactions made by customers, as this brings a lot of precious data that can be converted into sales, used to assess risks, and cultivate customer loyalty through innovative and personalized offerings.

As for the governments, digital payments promise fewer transactions that evade the radar and tax avoidance, lower crime by tracking suspicious transactions and improved financial reporting.

Removing the expenses and dangers associated with cash is thus part of a more significant push for business efficiency in both the private and governmental sectors.

While there is no one-size-fits-all solution to hasten the shift, regulators, merchants, financial institutions, and, most crucially, agile fintech firms must all work together to build an inclusive cashless society. And it must be done in a way that considers the requirements of small enterprises and the unbanked in the community.

Although the future of payment appears to be leaning toward increased digitalization, as innovators, our focus must be on providing society with the tools it needs to adapt and grow regardless of the environment.

The writer is the Head of Sales at Pesapal

Business
1 year ago
Post a comment
WATCH: The latest videos from the Star
by KEVIN KHAEMBA
Commentary
27 March 2022 - 17:00
Read The E-Paper