The region is projected to record the highest growth this year beside the other regions. 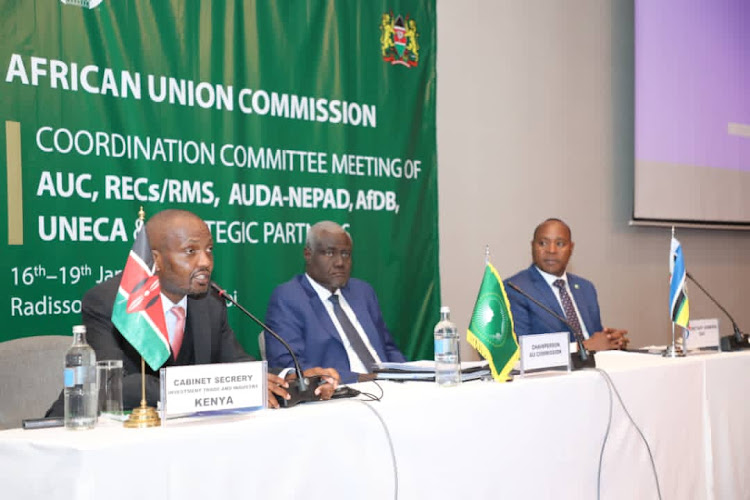 The East African region will be the forefront players in boosting the continent’s growth for the year 2023-2024,  projected to record a positive growth.

According to a report by the African Development Bank on the continent’s growth projection, the region is projected to record the highest growth this year beside the other regions.

The continent’s overall economic prospects are projected to grow by an average of 4.0 per cent this year, an upward projection by about 5.2 per cent from last year’s of 3.8 per cent.

“This was occasioned by the slow global demand, tighter financial conditions and disrupted supply chains which had differentiated impacts on African economies,” the report reads.

However, it is projected that the continent’s economy will pick up this year largely driven by the East African economies.

Among them, Kenya, whose GDP growth this year is projected at 5.4 per cent, according to the report.

It falls behind Rwanda, Democratic Republic of Congo (DRC), Uganda and Tanzania whose GDP growths are estimated at 7.9 per cent, 6.8 per cent, 5.9 per cent and 5.6 per cent, respectively.

The report also notes that the welcome recovery and the economic resilience in the short to medium term come with cautious optimism, given the considerable global uncertainty.

“Risks of debt default could increase in some countries, given the already high accumulation and changed structure of public debt in the past decade,” says the report.

It further states that additional financial pressures created by the appreciating US dollar, and the tightening monetary conditions globally could also pose some caution.

In Kenya for instance, the strengthening of the US dollar against the Shilling has so far pushed up the country’s foreign debt by almost Sh370 billion in the past year.

The countries also need to boost regional trade to enhance resilience to spillovers from the global economic slowdown and reduce persistent trade deficits.

“Structural reforms to boost regional trade can build a more vibrant regional market in the medium to long term,” the report adds.

We have common destiny, let’s unite - Ruto to EAC

He said if they unite, challenges hindering free trade would be abolished.
News
2 weeks ago

We need to quash "No hurry in Africa" myth - CS Kuria

He spoke after a meeting with EAC delegates on African economics.
News
2 weeks ago

EAC pushing to have single currency by 2027

The council of ministers are set to meet to agree on the location of the monetary institute.
News
3 weeks ago