Gross profits for the period grew 65 per cent to Sh18.2 billion 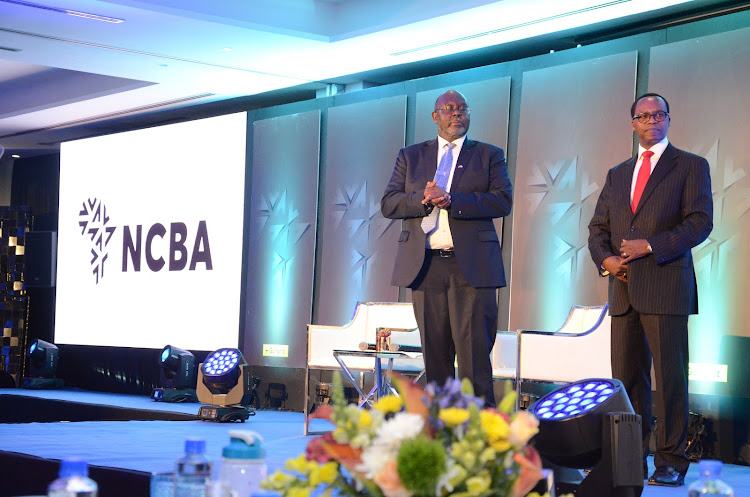 NCBA Bank profits have risen by 96 per cent to Sh12.8 billion compared to Sh6.5 billion in the same period last year.

The net profits are for the group's first nine months of the year.

The lender has attributed the growth to increase in operating income by Sh9.5 billion, driven by higher customer activity and a decline in loan impairment charges by Sh0.9 billion.

Gross earnings for the period grew 65 per cent to Sh18.2 billion compared to Sh11.1 billion reported during a similar period last year.

Speaking at an investor briefing on Thursday, NCBA Group managing director, John Gachora said they are delighted to announce the positive operating results for the nine months.

He said the results demonstrate the strength of diversified business model and the progress of the bank's strategic journey.

“While there has been a return to normal business operations in 2022, post-Covid, the macro-economic environment has been quite challenging," Gachora said.

"In particular, as a result of the Ukraine-Russia conflict, the inflation rate accelerated to an average 8.67 per cent in Q3 from 7.16 per cent in Q2 putting significant pressure on households and businesses of all sizes."

The Bank closed the period with a rise in asset base to Sh595 billion, six per cent up year on year.

Customer deposits closed the quarter at Sh462 billion, three per cent up year on year.

The group disbursed Sh521 billion in digital loans, a 23 per cent increase year on year in line with its digitisation agenda and its commitment to supporting small businesses and individual customers.

Operating income of Sh45.8 billion, up 26 per cent year on year while operating profit before loan loss provisions rose 31 per cent to Sh27.2 billion.

Loan impairments charges for the period stood at Sh8.3 billion, nine per cent down year on year

Non-performing loans coverage ratio was at 65 per cent.

Since the beginning of the year, it has opened nine branches.
Business
1 year ago
Post a comment
WATCH: The latest videos from the Star
by VICTOR AMADALA Business Reporter
Business
24 November 2022 - 13:36
Read The E-Paper