•While countries like France and Hungary are continuing to bet on nuclear power, Austria and Luxembourg are opposed. 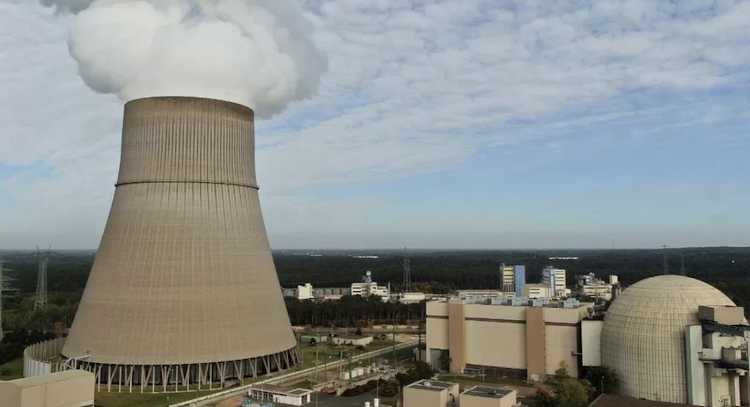 Decisions around the future of nuclear energy are urgently needed in Europe.

Russian supplies of natural gas have been disrupted amidst the war in Ukraine, energy prices have soared to emergency levels.

Meanwhile, some countries are suffering a lingering hangover from the Covid-19 pandemic. In France, half of the country's nuclear power plants are currently not operating.

Mr Nguyen warns that across the EU the energy price crisis will probably last until at least 2024.

In this situation, some see the use of nuclear reactors as a way to decouple from Russian natural gas.

At Leibstadt, Switzerland's largest and youngest nuclear power plant, half of the uranium supply currently comes from Russia. There, as elsewhere, there's a scramble to source more uranium from outside the Russian sphere of influence.

The backdrop to this is that the Russian occupation of the Zaporizhzhia nuclear facility is raising fresh fears about the weaponisation of nuclear science.

Fabian Lüscher, who heads the nuclear energy section at the Swiss Energy Foundation (SES), says that Europe's ageing nuclear fleet is not adapted to deal with contemporary terrorist attacks and cyberattacks. "You even have to think of those very unlikely possibilities when planning risky infrastructure," Mr Lüscher argues.

And then, of course, there's the problem of nuclear waste.

Angélique Huguin is part of a group of activists affiliated with the anti-nuclear movement Sortir du nucléaire, who have taken up residence near the Cigéo nuclear research laboratory in northeastern France.

The activists share a home in the charming commune of Bure, amidst stone houses with bright blue shutters.

Ms Huguin argues that it is irresponsible to leave the problem of nuclear waste for future generations. And she believes that the nuclear accidents at Chernobyl and Fukushima are "evidence that you have to stop" supporting nuclear power.

While countries like France and Hungary are continuing to bet on nuclear power, Austria and Luxembourg are opposed. Others, like Belgium and Switzerland, are more ambivalent.

The countries' fortunes are interlinked, as they often transact energy supply with each other. And, of course, risks of nuclear accidents extend across borders.

Germany is a key player here. It had planned to decommission all of its nuclear power plants by the end of 2022, yet has decided to extend the operation of two plants to at least April 2023. Uncertainty hangs in the air.

People supporting the transition away from nuclear argue that this is an opportunity to ramp up wind and solar energy, which is much cheaper and less risky than nuclear.

Others argue that some share of nuclear energy is necessary for a stable power supply, during fluctuations in solar and wind energy.

While Germany is betting on green hydrogen to shore up its energy system, Mr Nguyen notes that costs and transport are very challenging. "Hydrogen should be seen as a 'champagne' technology," he says.

What's clear is that there is little time to waste given the urgency of the climate and energy crises. Ordinary Europeans can't afford to wait decades for green hydrogen to mature, for new nuclear plants to begin operating, or for small modular reactors to become viable.

And tough choices need to be made because of limited financial resources. Uncertainty around the phasing out of nuclear in Switzerland is limiting investment in renewables there, according to Mr Lüscher.

Meanwhile, "new-build nuclear power plants in Europe are the most expensive way to create electricity", he says.

It is hugely expensive to build and decommission a nuclear plant. Then there is the cost of managing the nuclear waste.

One transitional step is to limit energy use, and France plans to reduce this by 10% over two years.

In a speech on 6 October, Élisabeth Borne, the French Prime Minister, urged a broader transformation.

"The reduction in energy consumption must be part of the long term… it is not a matter of principle or ideology. It is about the ecological transition. Our sovereignty is at stake. It is about our purchasing power," she said.

This may not be a comfort to those struggling with energy bills. And as winter comes, energy use is expected to peak across the continent.

Campaigners argue that governments should be encouraging homeowners to install more insulation and better manage their energy-hungry devices.

Mr Nguyen believes that this is a landmark moment not only to shape future energy infrastructure, but also to embed behavioural changes. "We can build a narrative where sufficiency measures are part of the solution."