The whisk is backed on the general African tech wave. 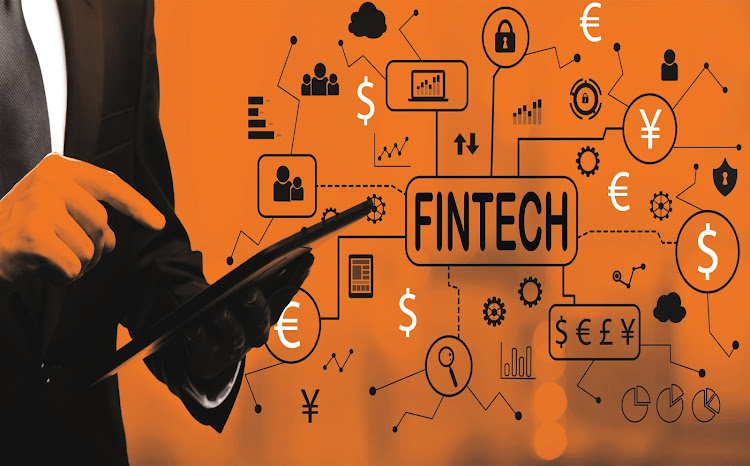 Kenya's Fintech hub has been termed as one of the hotbeds of financial technology innovation in Africa’s ecosystem, a continent whose tech progress has remained on a steady rise.

According to Baker McKenzie, a US based corporate advisory firm, the whisk in fintech is backed on the general African tech wave which has been occasioned by penetration of mobile phone technology and infrastructure.

Despite the turbulence of the global pandemic, mobile penetration in the country has increased, surpassing the country’s entire population by almost 12 per cent.

According to the Communication Authority of Kenya, about 59 million mobile phone devices were connected to mobile networks in the country for the quarter ending September 2021.

Originally, the industry was focused on mobile money transfer services which rode the wave of exponential market adoption between 2007 and today.

As it built on technology, similar to GSM text messaging, major players in the market were therefore able to expand its offering to users who did not have internet connectivity but had access to cellular phone towers and basic mobile devices.

This highlights some of the reasons why the country’s fintech has been so resilient.

The country has also been backed to presenting companies the opportunity to solve problems with vast potential user bases, without much initial challenge from incumbents or legacy competitors.

“Since these hotbed nations and Africa at large have populations that currently have adequate access to financial products, there exists a large opportunity to tech companies with an aim of offering digital financial solutions,” Baker McKenzie said.

A report by Statista indicates that fintech’s largest market segment in the country will be digital payments whose total transaction value is estimated at $7 million (Sh840.7 billion) billion by close of the year.

The number of users in the segment is expected to hit 39 million by 2027.

Average transaction value per user in the alternative lending segment is projected to amount to $26,000 (Sh 3.2 million).

The Neobanking segment is expected to show a revenue growth of almost 37.5 per cent by 2023.

Although, the report also notes that the country is still at the earliest stages of what it terms as true fintech as the future impact of cloud computing, Artificial Intelligence and blockchain cannot be estimated yet.

“Each year, tech companies are digging deeper into financial services value chain and also are creating new market structures in underbanked developing countries, as the players share the market with some banks which provide new digital-friendly banking services,” Statista says.

The ever-increasing access to mobile devices, internet connectivity and backbone network infrastructure has accelerated Africa into the second fastest market for global banking and payments businesses.

Seven out of Africa’s nine notable tech unicorns are fintech companies, with companies like Opay of Nigeria recently taking the single largest investment round secured by an African-based startup at $570 million ( Sh68.4 billion.

Others include Fawry from Egypt, Wave of Senegal, Interswitch of Nigeria, Tala, Cellulant and Jumo.

Lack of interconnection in the cross-border banking infrastructure and presence of huge migrant labour workforce across the continent, poses a clear need for ways to transmit money across regions safely.

As a result, mobile money and third-party payment systems, in particular, have been the segment responders.

The report notes that more than half of the world’s mobile money customers are now based in Africa.

The continent currently accounts for three quarters of the world's mobile money and peer-to-peer transactions by volume.

The report further notes there’s potential for rapid growth as serving the underbanked and migrant workforce has, and continues to create unique pain points for innovative financial solutions in the continent.

In the last two to three years, in Africa, the fintech industry made up more than 25 per cent of all venture capital rounds backed with regional leaders such as Egypt, Nigeria and Kenya with South Africa joining the sequence recently.

During the period, the region also saw majority of fintech investment capital coming from various offshore money markets, including the United States, United Kingdom and China.

“As confidence in African financial innovation rises, African fintech startups are also able to do more with dollar-based capital raises if they have locally based operations,” the report reads in part.

The heated attention in the sector has occasioned speculations whether the situation for African fintech is sustainable in the current global market, where current Venture Capital of startup valuations have been falling amid the ongoing economic crisis.

This is at a time when globally, the indicators are going in the other direction and where venture funding is starting to become more cautious.

The biggest challenge fintech may face is global stagflation, which could force investors to become more careful in their investment choices and the risks they are willing to take.

Nonetheless, as some of the segments such as payments are in their peak, there is a lot more room in others such as alternative lending, digital investment and neo-banking.

There are also many other countries that have not yet reached the heights achieved by Nigeria, Kenya and South Africa.

Therefore, the growth of fintech in Africa has a lot of room left.

It is crucial that the relevant institutions develop policies that are adaptable to the e-commerce environment.
Business
5 months ago

•Banks have been at the forefront in supporting more Kenyans to access financial services through investments in fintech •There should have been a ...
Business
6 months ago

Safaricom retains top position as Kenya’s most valuable brand.
Business
8 months ago
Post a comment
WATCH: The latest videos from the Star
by ALFRED ONYANGO
Business
01 September 2022 - 00:21
Read The E-Paper