ICT stakeholders have warned of slowed innovation due to the restriction in the ICT Practitioners Bill 2020.

•Moses Kemibaro, founder & CEO of digital agencies Dotsavvy, raised the question on the beneficiaries of the Bill, noting the 'strategic timing' to the election.

•Through the Association of Fintech in Kenya, startups, SMEs and ICT ecosystem stakeholders have warned of slowed stifle innovation due to the passing of the ICT Practitioners Bill 2020. 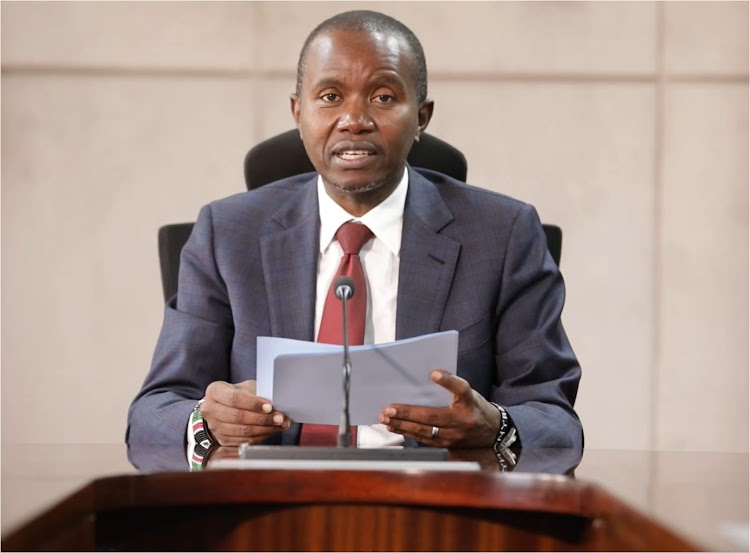 Players in information technology have faulted the proposed law requiring them to have degrees and pay annual fees as illogical and retrogressive.

Through the Association of Fintech in Kenya, industry players have warned that the ICT Practitioners Bill, 2020 risks stifling technological innovation in the country.

"As a start-up and SME ecosystem stakeholders, we hold the view that the aforementioned Bill is retrogressive and goes against the global practice for the innovation sector,'' the lobby group said in a statement.

They added that the proposed law awaiting a Presidential nod after being passed in the Parliament on Thursday last week will hurt the spirit of ease of doing business by creating unnecessary barriers of entry to the sector.

The proposed law makes it mandatory for all ICT practitioners to have a degree from a recognised university.

It also requires players to have at least three years of relevant experience before applying for mandatory registration and licensing which will attract an annual fee.

This is not the third time the Bill is being brought to the Parliament, having been rejected in 2016 and 18, by legal officials terming it unconstitutional.

It was first discussed back in 2016, but Cabinet Secretary for Kenya’s Ministry of ICT, Innovation and Youth Affairs, Joe Mucheru kicked it out because it was allegedly duplicating regulations that were already in existence.

However, it has now been passed right before the 12th parliament went on a recess, generating outrage from stakeholders in Kenya’s tech community.

Moses Kemibaro, founder & CEO of digital agencies Dotsavvy, raised the question of the beneficiaries of the Bill, noting the 'strategic timing' of the passage considering its long history.

"The timing seems a bit unusual. For six years it has dragged and now ..."

"People are going online, educating themselves, they may not have the formal certification but they are doing incredible work. A lot of startups will be greatly impacted," Kemibaro said.

He noted that the government could be targeting the sector for extra revenue, a move, he said, creates unnecessary barriers.

There are concerns that the Bill could create a potential flight of labor as many skilled freelancers without the mandated certification opt for countries with unrestricted labour.

"The regulation intends to determine who can innovate, co-create novelty ideas, establish technology-focused jobs and who can access lucrative online jobs, education, and investment opportunities," Robert Karanja, Association of startups and SMEs enablers of Kenya said.

He noted that the proposed restricts entry into an industry with unmet potential in job creation and economic development for the country.

He pledged PresidentUhuru Kenyatta not to ascend the law, saying it will destroy the livelihoods of millions of young people in the sector.

"The Bill will lead to missed opportunities for the sector that could generate thousands of jobs and attract investment to the country, as it will edge out talented innovators who fall short of the set standard and conditions,'' Karanja said.

"This ICT Bill is a private member's bill. The political season comes with all manner of surprises including failed assurances by the people responsible,'' Macharia said.

I did my part on Friday to safeguard our thriving sector," Mucheru said in a tweet on Friday.

It contributes almost 49 per cent of new jobs created in the country and its contribution to the general GDP is way above 15 per cent.

Raila proposed that the registration of ICT Practitioners be voluntary and not mandatory.
News
1 week ago

Kenya first in Africa to benefit from PLP tech programme

It is targeting a million beneficiaries in the continent
Business
1 week ago
by SHARON MAOMBO Business Writer
Business
14 June 2022 - 04:00