•"We are very sensitive to the impact of misinformation especially around the electioneering period. We have already seen how facts around this exercise have been misrepresented," Chiloba said in a press conference on Sunday.

•The government says regulation on SIM Card validation was formulated in 2015 hence no direct connection to the nearing August polls. 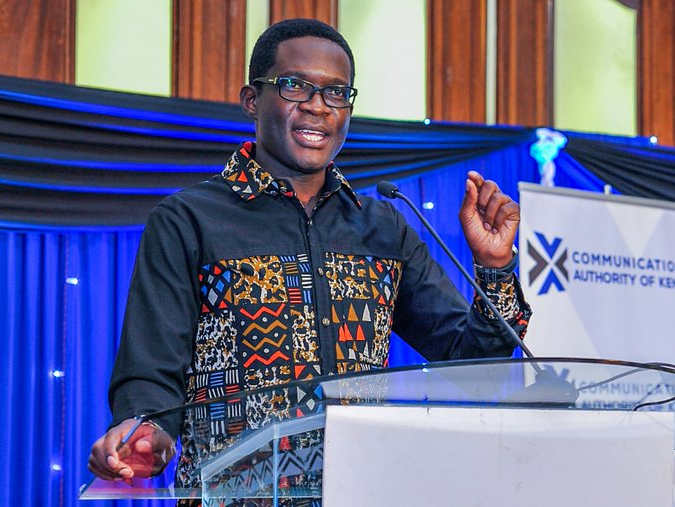 The ongoing mandatory SIM card registration has nothing to do with the upcoming general elections, the Communications Authority (CA) has said.

Chiloba was attempting to quell speculations around the objectivity of the entire process which has been given a deadline of April 15.

"We are very sensitive to the impact of misinformation especially around the electioneering period. We have already seen how facts around this exercise have been misrepresented," Chiloba said at a press conference in Nairobi, yesterday.

He was accompanied by heads of various Mobile Network Operators (MNOs) including Safaricom, Airtel and Telcom.

The telcos agreed to provide a self verification USSD code and online platform with standardised menus and messages for easy registration even for those in diaspora.

The operators said the USSD code *106# shall be used by all operators for verification, meaning subscribers do not have to physically present themselves at the operator's customer service centres, unless it is necessary.

"We have agreed that this is not re-registration or fresh registration exercise. It is an opportunity for operators and their customers to validate respective details of registration. The exercise will address the documentation gaps that have become common place," Chiloba said.

While other operators agreed with the Communication Authority that photos are not a requirement during registration, Safaricom insists that its customers will be required to take one.

The Kenya Information and Communications Regulations (Registration of SIM cards), 2015 outlaw the hawking of SIM cards with such an offence attract a fine of up to Sh500, 000 or 12 months imprisonment or both.

Providing incorrect information is an offence that attracts a fine of Sh100,000 or imprisonment for six (6) months or both.

Figures from CA show that as of September 30, last year, the number of active mobile subscriptions (SIM Cards) stood at 64.9 million, marking an increase of 0.78 per cent down from 3. 9 per cent increase recorded three months earlier.

According to the data, about 59 million mobile phone devices were connected to mobile networks in the country.