British companies’ vote of confidence on trade relations with China

China and the UK are particularly strong in the financial services, energy, education and advanced manufacturing sectors

•The common denominator of any Sino-UK conflict is US meddling, with its spirited campaign to drive a wedge between its allies and China.

•UK Prime Minister Boris Johnson admitted during an interview with Bloomberg that "China is a gigantic part of our (UK) economic life and will be for a long time - for our lifetime." 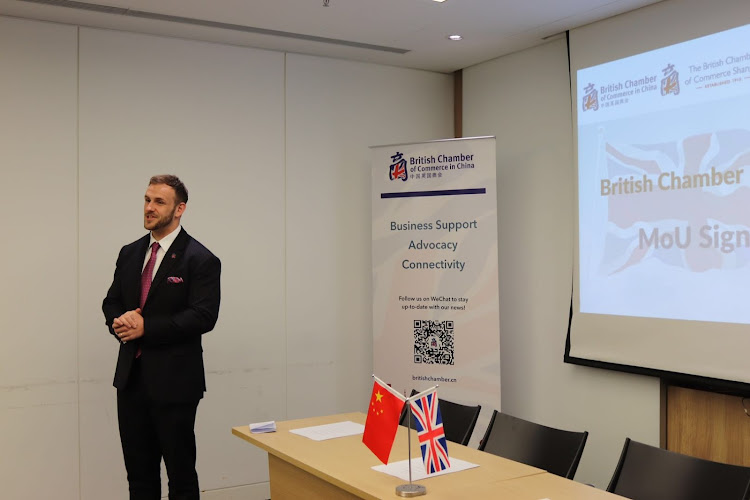 A representative speaks when all British businesses operating in China formed the British Chamber of Commerce in China in 2019. The chamber's 2021-2022 survey sees a deepening of the two countries trade relations in the foreseeable future.
Image: Courtesy

It is a story that is yet to be given the weight it deserves amid the political noises that oftentimes characterise the discourse between China and some of its perceived adversaries.

For instance, the geopolitical din emanating from the West can easily mislead a casual observer to believe that countries like China and the United Kingdom (UK) do not see eye to eye at any particular level.

But nothing could be further from the truth. In their unguarded moments, UK leaders will readily admit that China’s contribution to their economy is huge. For instance, on October 19 UK Prime Minister Boris Johnson admitted during an interview with Bloomberg that "China is a gigantic part of our (UK) economic life and will be for a long time - for our lifetime," adding that, “I am no Sino-phobe, very far from it. China is a great country, a great civilisation."

That was an extremely bold statement coming from the leader of one of the wealthiest and most powerful countries in Europe. It shows that away from the geopolitics of hegemony espoused by some world powers, many countries are cognizant of the fact that China’s economy has become all encompassing.

Johnson’s sentiments were reciprocated by the Chinese Foreign Ministry Spokesperson Wang Wenbin the same day observing that the "the UK is a staunch supporter and practitioner of free trade, and China and the UK are important trade and investment partners.”

Well, there is no doubt about it if the positive attitude of the British business community in China is anything to go by. “The British Chamber of Commerce in China: Sentiment Survey 2021-2022” released recently sees a deepening of the two countries trade relations in the foreseeable future, having withstood the shocks of the recent past, mainly the Covid-19 pandemic.

The survey measured the outlook of 288 British businesses across China representing the voices of the Chamber’s members across the goods and services spectrum. The survey solicited and received views from small businesses to large multinationals, all with an ear on the business heartbeat on the ground.

After a dip in optimism in 2020 due to the global ramifications of the pandemic, the optimism of British businesses in China’s economy has rebounded this year and is expected to reach pre-pandemic levels.

One of the major sources of this optimism is the fact that China has managed to virtually control Covid-19 like no other country, allowing its economy to continue growing on a steady path.

The foregoing is supported by the latest World Bank’s projection that China's economy will grow by 8 per cent in 2021. By any standards, this growth is a rare phenomenon globally, a reminder of the fact that the country was the only major economy to register positive growth in 2020.

Sentiments of the UK businesses in China support this projection in the current survey, with 70 per cent expecting their earnings in 2021 either to equal or exceed that of last year.

This is not only a vote of confidence in the current prospects of the Chinese economy, but also an endorsement of the positive outlook of future investment opportunities. 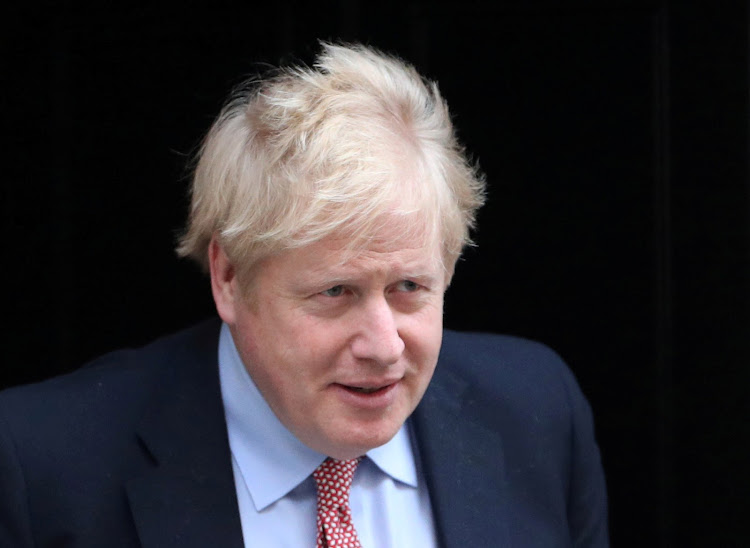 BORIS JOHNSON: "China is a gigantic part of our (UK) economic life and will be for a long time - for our lifetime."
Image: FILE

It is a continuation of the trend noted in the 2020-2021 Survey which noted that despite the pandemic shocks on the business environment over the period, 44 per cent of UK companies in China were committed to increasing their investment this year.

Critically, the previous survey also noted that China remained the top priority market for majority of UK companies, with a negligible three percent actively relocating their supply chains out of their host country.

China and the UK are particularly strong in the financial services, energy, education and advanced manufacturing sectors. With the two countries set to celebrate 50 years of diplomatic relations in 2022, the trade barometer takes greater significance in gauging the potential for success in overall relations.

The current Survey sees climate action as a potential and robust area of cooperation between the two countries, with a third of UK companies that comprise mainly of climate sensitive businesses planning to achieve net-zero emissions by 2060 in line with China’s ambition of attaining carbon neutrality by the same year.

The trade relations have faced serious challenges in the recent past. In the last couple of years, the Johnson administration has been under duress from the US to ban China’s Huawei from participating in its 5G network on baseless allegations of spying.

The UK Prime Minister was also arm-twisted to block China's state-owned nuclear firm CGN from working with France's EDF in constructing two new nuclear power plants in the UK. Tension has also grown between the two partners following lies of the ill-treatment of the Muslim Uyghurs the Xinjiang autonomous region, leading to an exchange of sanctions.

The easy part, however, is the fact that the common denominator of any Sino-UK conflict is US meddling, with its spirited campaign to drive a wedge between its allies and China.

But the impressive trade statistics between China and the UK speak volumes of where UK’s heart lies.