They have donated cooking gas cylinders and solar panels for use in homes.

•There are close to 100 flower farms in the country. 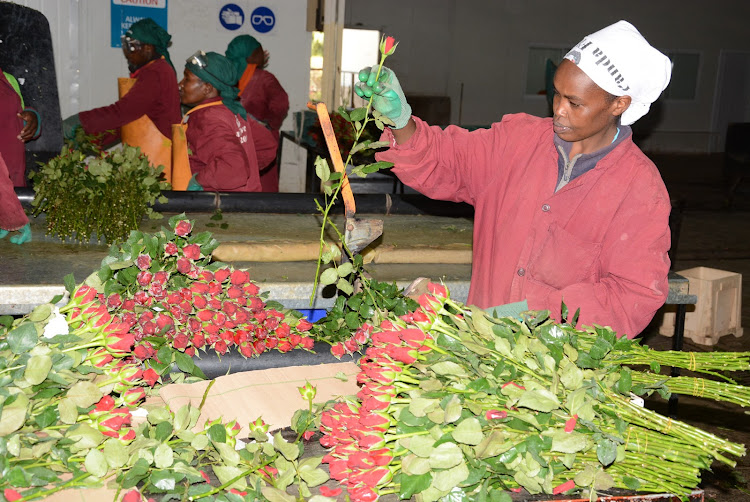 Flower buyers in Europe have donated cooking gas cylinders and solar panels worth €470,000 (Sh60.7 million) to farmers in Kenya.

These are for use in their homes, a move aimed at promoting use of clean energy.

It is under an initiative dubbed "Kenya Rose project", by Fair Trade Africa.

Over 4,500 workers from four flower farms in Nakuru and Murang’a counties are set to benefit from the project.

This comes at a time when the prices of cooking gas have risen sharply forcing families to use firewood, raising fears of an increase in respiratory diseases and erosion of gains made in increasing the country's forest cover.

The project has been funded by the Aldi Supermarkets in Switzerland and the Ministry of Foreign Affairs of Finland.

According to Marion Ng’ang’a from Fair Trade Africa, they were keen to have the workers shift from the perennial use of fuel like kerosene to clean energy.

Among the farms that would benefit from the five year programme kitty are Aquila and Sian in Nakuru and Penta and Simbi flower farms in Murang’a County.

She admitted that for years, hundreds of workers had been using conventional cooking methods, a trend that affected the environment.

Speaking after meeting government officers and some of the workers from the four farms in Naivasha, Ng’ang’a said that they would benefit from cooking gas and solar panels.

She noted that the continued use of plastic and fuel was harmful to the Ozone layer, adding that the current initiative had the backing of the workers and employers.

“We are targeting 4,500 workers directly and 22,000 dependents in this five year programme that will also benefit the vulnerable groups in the society,” she said.

The CEC for Agriculture in Murang’a County Albert Mwaniki, said that the project was meant to reduce green gas emissions.

He noted that non-clean energy sources like use of plastic was interfering with the environment and hence the move to give the workers the gas and solar kits.

“We have been working closely with Fair Trade Africa in addressing the welfare of the workers and this initiative will come in handy to the beneficiaries,” he said.

On his part, Senior Chief Samuel Ng’ang’a from Karati location in Naivasha, which hosts ten of flower farms, termed the move as timely as the country moved to increase its forest cover.

“We are calling on other organisations to move in and support the flower farm workers as this kind of initiative will change the lives of many families,” he said.

Post a comment
WATCH: The latest videos from the Star
by GEORGE MURAGE CORRESPONDENT
Business
24 September 2021 - 09:00
Read The E-Paper