The report found overall app installs increased by 20% in Q2 2020 compared to the previous quarter.

• Thirty-three per cent of 2020’s in-app purchasing revenue was generated in Q3, as consumer spending grows 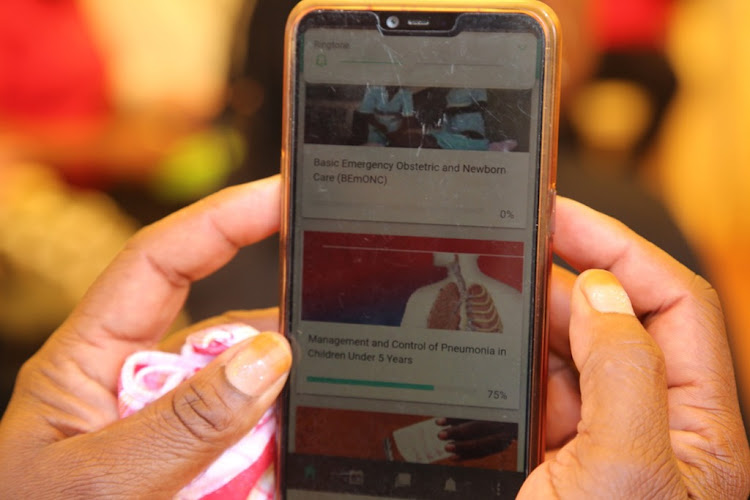 TECHNOLOGY: A user interacts with the app.
Image: COURTESY

The report released on Tuesday by AppsFlyer and google indicated that there is a booming African mobile app market, propelled by a growing fintech space, a rise in ‘super apps’, and the Covid-19 pandemic amongst other factors.

Nigeria showed the highest growth, with a 43 per cent uplift, followed by 37 per cent in South Africa, and 29% in Kenya.

Thirty-three per cent of 2020’s in-app purchasing revenue was generated in Q3, as consumer spending grows

Showing perhaps the biggest trend, in-app purchasing revenue numbers soared between July and September, with a 136 per cent increase compared to the previous three months.

This accounted for a third of the year’s total revenue, highlighting just how much African consumers were spending within apps, from retail purchases to gaming upgrades.

South Africa’s in-app purchasing revenue surged by a massive 213 per cent, with Nigeria and Kenya also showing significant increases of 141 per cent and 74 per cent in the same time frame.

With people spending more time at home, the report found overall app installs increased by 20 per cent in Q2 2020 compared to the previous quarter.

On a country level, South Africans were quick to take to their mobiles as the first lockdown hit, with installs of mobile apps increasing by 17 per cent.

The situation was more muted in Nigeria and Kenya, with increases of 2 per cent and 9 per cent respectively.

These differences are likely due to the varying levels of restrictions experienced by the three countries, with South Africa facing the strictest.

South Africa and Nigeria saw year-on-year growth in finance app installs by 116 per cent and 60 per cent respectively, as the need to reduce social contact has led to even more users adopting digital solutions for their financial needs.

Non-organic installs increased by 54 per cent, compared to 19 per cent for iOS.

The cost per install (CPI) on iOS also increased by 21 per cent between Q2 and Q3 2020, which meant iOS app developers were getting fewer installs for the same budget.

Towards the end of the year and into 2021, there was no uplift in non-organic installs on iOS compared to 40 per cent on Android.

The report found similar levels of overall growth across verticals during the year, with gaming installs increasing by 44 per cent and non-gaming increasing by 40 per cent.

Daniel Junowicz, RVP EMEA & Strategic Projects, AppsFlyer said"We’re proud to combine forces with Google to provide businesses with the insights and technology needed to succeed on mobile in Africa."

"The mobile app space in Africa is thriving, despite the turmoil of the last year. Installs are growing, and consumers are spending more money than ever before, highlighting just how important mobile can be for businesses when it comes to driving revenue," he said.

As a result, mobile marketing is becoming increasingly important for businesses across the continent. Being able to make data-driven informed decisions, and understand the ROI on marketing campaigns will be key to any app marketers success.”

Apps Lead for Africa Rama Afullo said while it’s clear that mobile adoption is increasing, there’s still room for growth when it comes to app marketing, with many marketers in the nascent stage of their app maturity journey.

"Taking advantage of app promotion and engagement tools like Google’s App Campaigns, using analytics and measurement tools, and working with mobile measurement partners like AppsFlyer, will be key for companies looking to grow their user base, drive customer value and continue improving the user experience.”