•There are over 100 flower farms in the country

•The sector directly employs over 200,000 workers

•Naivasha has the highest number of flower farms 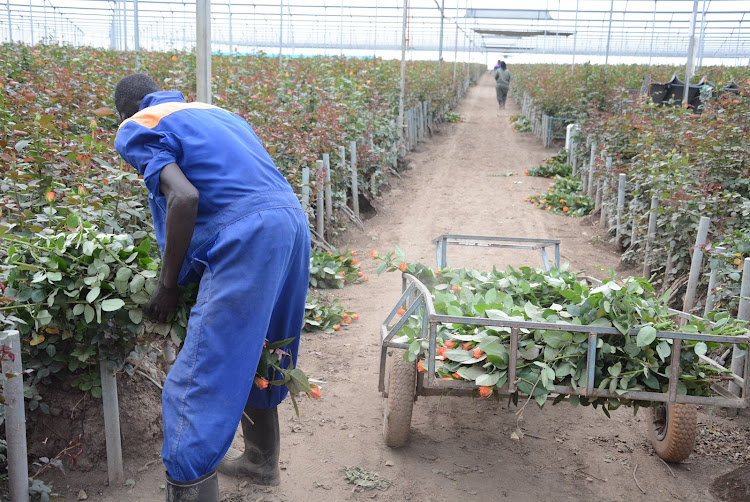 Flower crisis A worker from Maridadi flower farm in Naivasha collects ready roses for dumping in the compost yard due to lack of market. The farm is dumping over 230,000 roses everyday due to the Corona crisis which has seen supermarkets in Europe close shop and the Dutch auction collapse.
Image: George Murage 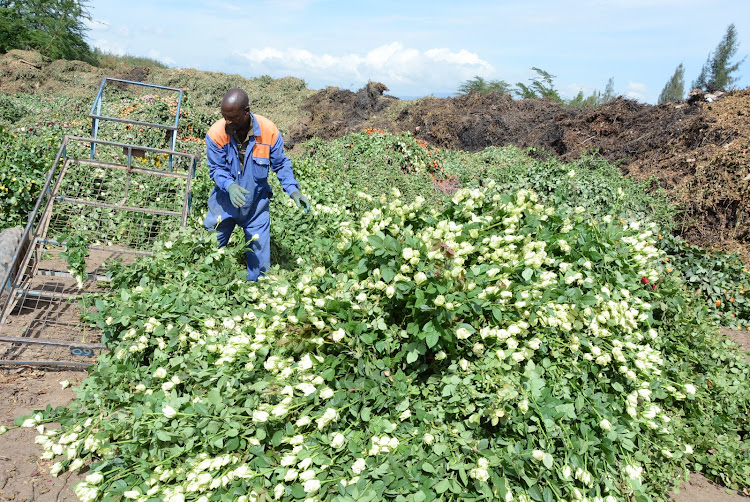 Flower crisis A worker from Maridadi flower farm dumps mature roses which were ready for export in their compost yard due to lack of market. The farm is dumping over 230,000 roses everyday due to the Corona crisis which has seen supermarkets in Europe close shop and the Dutch auction collapse.
Image: George Murage 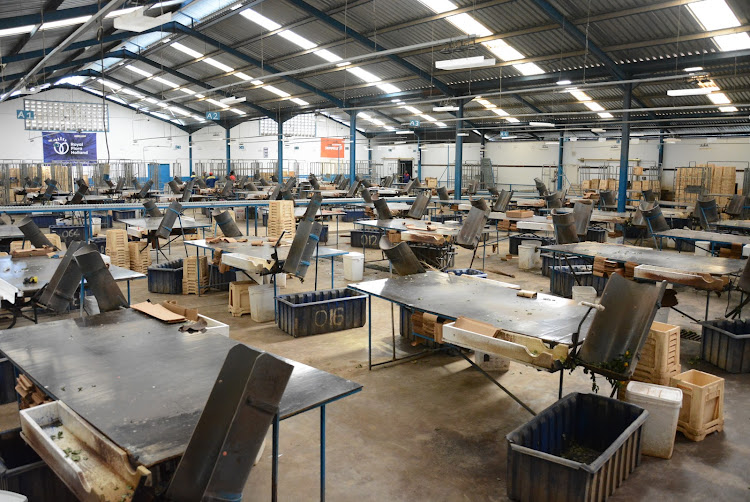 Flower crisis The empty grading hall in Naivasha based Maridadi flower farm in Naivasha which has sent home 150 workers as it’s no longer exporting their roses to EU. The farm is dumping over 230,000 roses everyday due to the Corona crisis which has seen supermarkets in Europe close shop and the Dutch auction collapse.
Image: George Murage

Flower exports to the EU market have dropped by fifty percent in the last couple of weeks due to the financial crisis caused by the Coronavirus.

This has forced farmers in Naivasha to start disposing of flowers worth millions of shillings for lack of a market while casual workers are being sent home.

At Maridadi flower farm, over one million stems of roses which were destined for Holland withered in their dump composite site as the heap rose by the day.

Farm owner Jack Kneppers said they had already sent home 150 workers with concerns that the rest could be released in the coming days.

Kneppers, who employs 750 workers termed the current situation as worrying with the farm disposing over 230,000 stems and making Sh500,000 losses daily.

“In the last four days we have disposed of all the days’ collection in the compost yard and already we have sent home 150 workers due to the crisis caused by the coronavirus,” he said.

The seasoned farmer projected that small-scale farmers would run into bankruptcy in the coming weeks if the situation persists.

“The government has offered no support and has failed to pay the VAT refunds and the current crisis means major financial and job losses,” he said.

The workers representative Caroline Mengesa said that they are concerned as many families have no other source of income.

She said that workers in the grading halls were the first to go home while a skeleton staff has been left behind to manage the farms.

“We have never seen anything of the kind in the past and we fear for our jobs and our prayers is that this coronavirus will be contained," she said.

“The exports are fluctuating from day to day but the average export is 50 percent with the Dutch auction yesterday operating at 35 percent,” he said.

He said that several farms had totally suspended shipping of their flowers following the spread of coronavirus in several European Union countries.

“Farmers have had their orders cancelled and many have opted to reduce their shipping or totally cancel it due to the uncertainty in the market,”