•The Hass Property price index for the third quarter of 2019 has shown satellites towns with newly finished modern units and more affordable asking prices have become favourite for bargain hunters.

•According to HassCounsult, tough economic conditions continue to weigh the overall rental and property sales market. 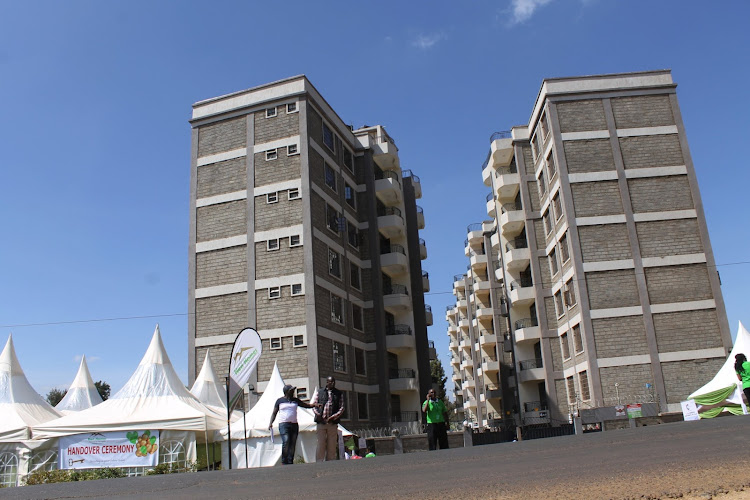 House buyers are increasingly opting for satellite towns and metropolis neighbouring Nairobi for cheaper units due to tough economic times.

This led to increased asking prices for rents in Thika, Limuru, Mlolongo, Tigoni, Ongata Rongai, Kitengela and Ruaka metropolis between July and September.

“Asking rents for a modern apartment may cost as little as Sh23,400 and this bodes well for many tenants who are now preferring affordable units as they take caution to save in the wake of job losses across all sectors," HassConsult head of research and marketing Sakina Hassanali said.

She said it is notable that as the cost of living soars, the lower middle class is opting to pay slightly more in transport but less in rents.

Maridadi Point Properties is a real estate agency which deals with selling and letting houses as well as managing property.

"There is a niche interested in higher end housing, but generally, we have seen more buyers and tenants search for units in the outskirts of Nairobi. This is mainly due to the cost," Mumo said.

Thika, which saw a 1.3 per cent rise in asking rent prices in the quarter, was the only satellite town that recorded a double-digit increase in apartment rents on an annual basis by 13.3 per cent.

At Sh23,400, the average asking rents for apartments in Thika makes the satellite town the most affordable relative to other towns which augurs well for tenants who opting for .

Tigoni also recorded a growth in asking rent prices at 3.5 per cent while Ongata Rongai saw a 3.1 per cent growth.

Parklands was the best performing suburb with rents in the area increasing by 1.9 per cent over the quarter and 9.3 per cent annually.

On the losing end, Loresho recorded a 2.7 per cent drop over the quarter and 3.5 per cent over the year.

According to HassCounsult, tough economic conditions continue to weigh the overall rental and property sales market.

Overall, asking rents dropped by 0.9 per cent over the quarter.

However, house sale prices grew by 0.9 per cent over the period.