•Securex said the losses can only be attributed to the prevailing difficult economic times prevalent that has recently culminated in the loss of Two Rivers assignment.

•The company has given one-month notification with the effect of termination effective from November 5. 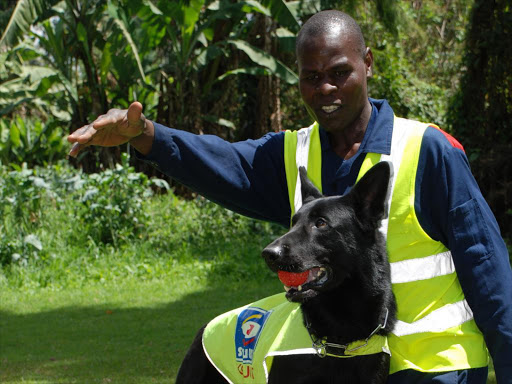 A Securex employee handles a dog during a past training.
Image: FILE

Security service provider, Securex agencies, has announced plans to lay off 222 employees following the loss of assignments throughout the year.

In an internal memo dated October 4 by the chief operating officer, the company said the situation has been worsened by the loss of the Two River Mall's assignment which released 222 of the security officers.

“We refer to a number of lost assignments through the year, a situation that worsened as we approach the end of 2019. The losses can only be attributed to the prevailing difficult economic times prevalent that have recently culminated in the loss of Two Rivers assignment which released 222 of our security officers,” it stated.

“The management has tirelessly endeavoured to find alternative assignments but without much success.”

The company is among a growing number of companies that is laying off staff due to a harsh economic environment.

Telkom also announced plans to lay off staff after merging with Airtel.

Securex has given one-month notification with the effect of termination effective from November 5.

In line with the companies policies, the company shall give the employees declared redundant one month pay in lieu notice, days worked and not paid and all accrued benefits including any leave days earned but not taken.

Workers were told to continue with their normal shifts and timings as scheduled up to November 5.

EABL is to lay off about 150 employees in human resource and finance.
Business
3 years ago

Munya has said East African Portland Cement Company has to lay off to help it cut its costs.
Business
3 years ago
Post a comment
WATCH: The latest videos from the Star
by ELIZABETH KIVUVA Business Writer
Business
08 October 2019 - 18:40
Read The E-Paper