Safaricom and Bolt said they will ensure compliance with the regulations

•Bolt, formerly Taxify Country Manager Ola Akinnusi has said the company is committed to working in partnership with local and international government institutions.

•Safaricom has also said it will have no otherwise but to comply with the regulator as long as the Data Protection Bill is passed. 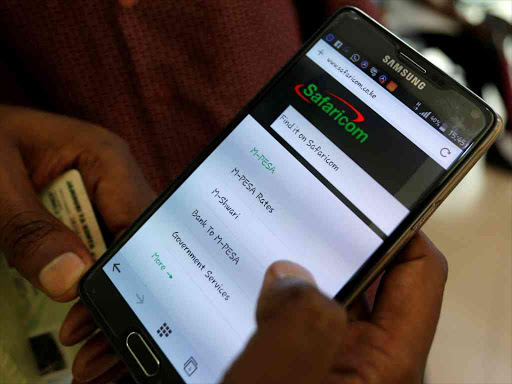 An employee assists a customer to set-up M-Pesa money transfer service on his handset inside a mobile phone care centre in Nairobi, May 11, 2016
Image: REUTERS

East Africa most profitable company, Safaricom has said it is ready to open its M-Pesa accounts for scrutiny but only if this is backed by law.

Mobile taxi hailing firm Bolt on the other hand said it is ready to comply with the tax regulations that the Kenya Revenue Authority plans to institute.

The authority said it will also access and keep track of an individual's financial flows through PesaLink, PayPal and other mobile money platforms.

It also wants foreign based companies operating digitally in Kenya  such as Facebook, Twitter and Uber to pay taxes locally.

In an interview, two top KRA officials said they are aware of evolving businesses in the country, most of which have gone digital, hence generating money online.

“The data matching will help to monitor the transaction and reconcile the tax returns with the financial flows relating to an individual or company,” KRA deputy commissioner for Research, Knowledge Management and Corporate Planning Joseline Ogai said.

"We are ready to work with all the agencies in ensuring adherence to local and international standards to foster a healthy environment that supports business and economic growth, " Akinnusi said.

Safaricom which runs M-Pesa  said it will have no otherwise but to comply with the regulator as long as the Data Protection Bill currently before the Parliament is passed.

The bill, if passed into law will be a big win for KRA. An ad hoc attempt to monitor Mpesa transactions in 2016 failed after Safaricom declined, saying it was privacy a breach on their clients.

Safaricom said it could not give KRA customer data unless laws touching on confidentiality are changed to allow the mining of such information.

However, Kenyans have shown their disapproval to social media claiming that the transaction is not a translation of their income.

“M-Pesa transactions is not incomes to individuals. Who advises the KRA commissioner general and the taxing authority. These are mere transactions that could mean a whole lot of things. Again, which law is this that gave them the right to peek into our financial statements?” ItsOnyango said on Twitter.

Others have said the move will increase taxation, lead to over-taxation and invasion privacy.

“They are already taxing all M-Pesa transactions why do they want to peep into people's personal information? People are sent money for different purposes. We send our relatives, parents, siblings money through the system. Now they want to tap into all our transactions? If I sold someone my old phone, or jacket and I'm paid by m-pesa they want taxes on that as well?” Onetwo said.

“So now even if you are unemployed and your overseas relative sends money for rent it will be taxed as income?” Alienkos said.

“There will be uncertainty for consumers and companies in operations and it may result to changes in prices in the country,” Chacha said.

The move however may slow down the progression to a cashless economy.

“Simple. We will go back to cash,” Mchambuzi said on the Twitter.

A report by intellectual think tank Brookings in August showed taxation will affect the upward curve of the cashless economy.

“The taxation policy on these micro-transactions has the potential to reverse some of the financial inclusion and overall financial gains as well as incentivize people to return to cash,” the policy brief, authored by former Central Bank of Kenya (CBK) Governor Njuguna Ndung’u said.

It said the tax policy and design of taxes on retail electronic transactions as well as bank transactions have the potential to reverse the gains.

The report said technology has pushed Kenya to the frontier of electronic payments and financial inclusion and any counter measures could push most people to back to cash preference leading to financial exclusion for low-income earners.

The stories making headlines in the Star this morning.
News
3 years ago