• In Kenya, the economic cost of smoking is estimated at $29 million (Sh2.9 billion). 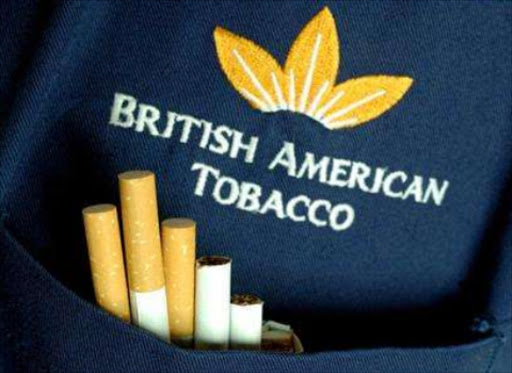 The latest report by Tax Justice Network (TJN) indicates that for every dollar the cigarette multinational pay in tax in the countries it operates in, it shifts more than half a dollar that would have been taxed locally to a UK subsidiary where it paid almost no tax.

This according to the study is done by charging itself royalties, rerouting loans through tax havens and paying interests fees on loans made between regional offices, shrinking tax contributions, especially in low and middle-income countries.

It is estimated that the global cigarette firm repatriated income equivalent to over 12 per cent of its pre-tax profits to the mother firm in the UK where it paid no corporate income tax in 2016.

The study reveals that the UK-based BAT Holdings Ltd was paid $400 million (Sh40 billion) in royalties, $278 million (Sh27.8 billion) in IT recharges and $263 million (Sh26.3 billion)in technical and advisory fees by other subsidiaries from across the world in 2016.

In Kenya, BAT Kenya listed on the Nairobi Securities Exchange is said to have shifted $26.5 million (Sh2.65 billion) of dividends to the Netherlands in 2015 and 2016, denying the Kenya Revenue Authority (KRA) tax worth $2.7 million (Sh270 million).

The report dubbed ‘Ashes to Ashes-how British American Tobacco avoid taxes in low and middle-income countries’ further claims that firm has over 100 offshore subsidiaries spread across 19 tax havens where it spends millions of dollars each year as ‘other operating charges’.

The global cigarette firm has however dismissed the report, stating that the Group fully complies with all applicable tax legislation where it does business, operates the transactions that occur between Group companies on an arm’s length basis.

‘’Classifying countries such as the Netherlands and the UK as tax havens is simply not a credible claim… the tax loss of $58.9m identified by the report simply does not arise,’’ BAT told TJN.

“BAT Kenya fully complies with all applicable tax legislation. Contrary to the allegations in the TJN report, all dividends paid to our parent company are subject to 10 per cent withholding tax. This is remitted in full, in compliance with Kenyan tax legislation," the firm said in a statement.

Kenya Tobacco Control Alliance (KETCA) wrote to the government urging it to initiate an investigation into the alleged tax scam.

In a letter to National Treasury CS Henry Rotich, the lobby group questioned why BAT is resorting to tax avoidance at a time Kenya is struggling to meet its revenue collection targets.

"In Kenya, the economic cost of smoking is estimated at $29 million (Sh2.9 billion). For every shilling remitted by BAT in taxes, the government incurs Sh3 to treat tobacco-caused diseases," KETCA chief executive Joel Gitahi said.

Gitahi now wants Treasury to increase excise tax on tobacco products to 70 per cent as recommended by the World Health Organisation (WHO) from the current 45 per cent.